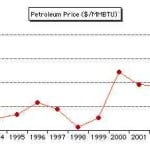 Petroleum – that term includes oil, gas and derivatives – wells have been going dry for more than 150 years. Until now, the solution to that problem of resource depletion has been to find a new place to drill. Though there is still a lot of oil left inside the Earth, there is a significant […]

My friends know me as Rod, but some of them call me Atomic. I have a habit that I want to share with you – I am a preacher of the benefits of atomic energy. I have been writing about this topic for more than a dozen years, starting on the USENET when my Internet […]

For more than forty years, the United States and the Soviet Union built nuclear weapons and aimed them at each other’s heartlands. The process of building those weapons was expensive in strict monetary terms and in terms of sacrificing investments in more productive enterprises. Now, however, the confrontational attitude between the two countries has been […]