Arnie Gundersen, a self-described expert witness, testified in front of the Vermont Senate Natural Resources & Energy Committee earlier this week. The topic of the testimony was the discovery of tritiated water in groundwater monitoring wells located within 100 feet of the power plant and its associated buildings. A secondary topic was speculation about the source of the leak. Accompanying Arnie Gundersen at the hearing was his wife, Maggie, who stated that she was a certified para-legal.

At the beginning of the testimony, Arnie and Maggie Gundersen stated that Arnie was testifying as an “expert witness” and that their company – Fairewinds Associates Inc. was in the business of providing this service in court cases. According to the introduction, Arnie has a Bachelor’s and Master’s degree in nuclear engineering. He has worked in the nuclear industry for more than 35 years. According to the Fairewinds Associates, Inc. web site, he was a licensed reactor operator and is a “former nuclear industry senior vice president”.

During the hearing, however, Mr. Gundersen made some statements that were evasive, without context or factually incorrect.

Evasive – He did not answer at all when one of the Senators asked him to put the radiation hazard from the detected tritiated water into some kind of understandable context. She asked him to compare it to a chest xray and he went off on a several minute discussion about the different types of radiation, the different ways they affect the body and essentially said it was not possible to compare. His wife broke in and offered “scientific evidence” that “organically bound” tritium can stay in bodies far longer than previously thought and that it can accumulate in fish and concentrate up the food chain. 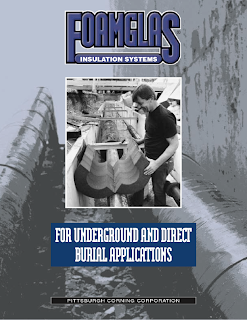 Factually incorrect – though Maggie Gundersen stated early in the testimony that her husband was a recognized “expert witness” and consultant for the Nuclear Regulatory’s buried piping program, Arnie stated that he did not agree with Entergy’s distinction between underground and buried piping.

Though I am no expert on this particular distinction, that does not mean that it does not exist as a term of art for people involved in the discipline of civil engineering. I did some research this morning on the topic using the wonderful tools that are at our disposal in this information age. It took me about an hour to learn quite a bit about the distinction between underground piping, piping in tunnels, and direct buried piping. There is an entire book about the requirements associated with engineering systems using buried pipes titled Buried Pipe Design 2nd Ed by A. P. Moser.

I also found a number of documents and requirements associated with facilities engineering, often from universities, that make a clear distinction between pipes where direct burial is allowed and those where it is not. The papers I read this morning taught me a bit about the soil requirements, earth packing requirements, cathodic protection, the potential vulnerabilities associated with direct soil content, the advantages of direct burial when appropriate, and the materials that were suitable for direct burial piping. The papers also showed that the requirements were significantly different for pipes that were installed in tunnels. In other words, if Gundersen is an expert in this area, he sure did not demonstrate that expertise by his dismissal of the distinction.

Update: (posted February 23, 2010 0303) You can find an excellent fact sheet on buried pipes at US nuclear power plants published by the US Nuclear Regulatory Commission at:

At the end of the hearing, Mr. Gundersen offered the following opinion in response to a question from the Senator chairing the committee meeting “We’ve been told over and again by the operators of the plant and by the Department that the plant is operational and structurally sound, but today we are hearing something quite different.”

Gundersen: Well let me just touch on that. We’ve had a fire, cooling towers collapse, tritiated water. We’ve had a crane that didn’t work when they needed to hit the brakes. So there’s been a series of pretty significant problems. But to my way of thinking, the biggest problem is this ethical lapse that is occurring right now.

While the VP of Entergy is no longer in charge, as I go back over the evidence trail I think there are at least 12 people within the organization that were also a part of the process. So that talks about an organizational cancer that goes beyond the issue of whether or not the walls are sound. I wind up with a decision between are they devious or dumb, and I hope they are neither. But as I look at this path, those are the two choices to come down to.

As my dad’s relatives might say “Dem’s fightin’ words.” (Note: My Dad was from the Deep South. He was raised during the Depression by his grandparents and some feisty aunts and uncles.)

There are no accusations more serious to a nuke than being dumb, unless it is being devious or dishonest. I have had the opportunity to work in a number of different fields and build friendships with people from a number of different walks of life in the 32 years that I have been an adult. One of the reasons that I keep coming back to the nuclear industry is that the people are exceedingly bright and take personal integrity very seriously. The lack of dumbness is part of the education, training and screening processes – you do not become a nuke unless you are pretty darned smart and can pass repeated tests with objective standards.

You do not make it too far in engineering, quality assurance, or plant operation if you do not have a well developed sense of personal integrity. In my own branch of the nuclear technology field, the quickest way to have your nuclear designations removed is to get caught in a lie. I am not saying that it never happens, we have had cheating scandals, log falsifying scandals, and even a few qualification scandals where people were signed off without having completed the required evolutions. However, all of the instances that I am aware of resulted in people losing their jobs or being reassigned to “Siberia”.

Therefore, it makes me very angry to hear someone offer the opinion under oath that an entire nuclear operating company is either dumb or devious. I freely admit that no one is perfect; if you demand absolute perfection as your standard of behavior or system performance you might as well stay in bed every day because you are guaranteed to be disappointed.

As I took in deep breaths to try to recover my equanimity after hearing Gundersen’s testimony, I thought a bit more about what he had said during the hour that he testified. He and his wife stated that they ran a business that offered the service of “expert witnesses” and that they were in front of the Senate committee in that capacity. Translation: someone was paying them to be there.

I also heard that Gundersen had been offering employed in the capacity of an “expert witness” on a number of previous occasions. Translation: Gundersen was a professional expert in court cases; these employment opportunities are often given to people with credentials who are willing to say things, in our adversarial judicial system, that are not necessarily factually incorrect, but are certainly selected facts that support the contentions in the case.

Finally, I heard Gundersen mention in an off-hand sort of way that he had once run a company that did decommissioning work. That statement reminded me of a time when I went to an American Nuclear Society Meeting in the mid 1990s. About half of the technical sessions during the meeting were focused on D&D (decommissioning and decontamination). On the associated “show floor” during that meeting, fully half of the exhibitors were new businesses associated with D&D or were well established companies that were expanding their D&D offerings.

It took me several years before I wanted to attend another meeting; it was terribly depressing to think that the industry had deteriorated to the point where no one saw any future in building production facilities and were now trying to make a living by tearing them down.

Finally, I thought about the strident way that Gundersen claimed that the only way to stop the “leak” at Vermont Yankee was to shut down the plant. He said that a shutdown was the only way to secure the off gas system. He also stated with about a 95% confidence factor that the off gas system was the source of the leak. He offered no recognition of the fact that the tritium levels measured were not harming anyone. His wife tried to make the case that the tritium was already “in the river” and that it would shut down the sport fishing industry in Massachusetts and Connecticut, the states downstream from Vermont Yankee.

Here is my answer to the title question of this blog entry. Gundersen is not dumb; you cannot earn an MS in nuclear engineering and be dumb. He is devious and carefully selective of the facts and opinions that he offers, perhaps that is why he is no longer employed in the industry proper and has to try to make his living on the fringes of the technology.

It is my opinion that Arnie Gundersen must be terribly disappointed with the fact that the decommissioning business has been slow ever since nuclear plant owners determined that existing nuclear plants are valuable assets that should be kept running – and producing revenue – for as long as possible. He is probably bitter about the NRC license extension process; I would bet that he entered into the decommissioning business under the assumption that there would be few, if any license extensions. He must have expected that there would be a lot of work for years to come in plant decommissioning. That was a common perception in the mid 1990s, though it was one with which I strenuously disagreed.

Finally, since the decommissioning business has not worked out, I think that he and his wife are now professional fear-mongers (aka “expert witnesses”) who are willing to testify under oath that plant operators should be forced to shut down plants producing a million dollars worth of electricity per day any time someone measures a concentration of a weak beta particle emitter at a level of about 0.0000000000075 grams/liter in a well that is not even used for drinking water. The Fairewinds Associates, Inc. clients pay them to help establish a legal basis for shutting down valuable electricity production facilities AND they take the money!

That would be enough to make me angry even if I did not know that shutting down the plant would simply require expanded operation of coal or methane burning plants. I know that coal and methane burning plants producing as much electricity as Vermont Yankee routinely dump thousands of tons of waste into the atmosphere every single day through design features called “smokestacks”. I also know that coal and methane plants also have the known potential of experiencing deadly explosions when they have a leak.