Liz Muller is a co-founder and the CEO of Deep Isolation, a company that makes the modest claim of having invented a solution to nuclear waste.

The politically unsolved waste issue has plagued nuclear energy development since the mid 1970s. That was when it became abundantly clear that the original plan to recycle used fuel wasn’t going to be easily achieved.

The bright idea that forms the basis for Deep Isolation came to Richard Muller when he heard that there was interest in using boreholes as a way to achieve geologic storage. That is the solution path that most responsible scientific organizations have recommended.

In lingo common among my former shipmates, Muller experienced a BFO – blinding flash of the obvious.

But soon Muller realized that the people who had restarted the discussion about boreholes, a rather old idea for nuclear waste disposal, weren’t planning to use horizontal drilling. Instead they were thinking of very deep vertical holes.

He had initially thought they were taking the obvious – to him – step of capitalizing on the refined technology used in almost all state-of-the- art oil and gas wells in the United States.

Though he had not previously considered how boreholes might help solve the nuclear waste issue, he recognized that horizontal laterals mitigated most of the challenges that plagued vertical holes.

Partnering with a specialist in community engagement

Once Richard Muller had been inspired to think of using horizontal drilling to address nuclear waste disposal, he turned to Liz Muller, who was a specialist in environmental issues and related community engagement.

After several months of focused technical evaluation efforts, the pair realized that their concept had sufficient merit and patentable intellectual property to turn it into a company.

Deep Isolation believes that its solution is not only technically sound, but it is uniquely well-suited to deployment. It’s a modular, local or regional solution to an often contentious problem that is gains political complexity when handled on a national level.

From a project management point of view, boreholes can reduce costs, risks, and schedules compared to a centrally sited repository. From a community point of view, they can address issues of equity, proof of safety, and community benefits.

Like all newly formed companies with a great idea, Deep Isolation realized there was no direct linkage between having a uniquely valuable idea and achieving success in implementing that idea.

During the past year, however, the company has been successfully attracting a talented team, building an impressive roster of advisors, obtaining $14 million in seed capital and attracting solid partners in the form of Bechtel and NAC International.

Liz Muller joined me on the day after the 50th Anniversary of Earth Day to describe the company that she and Richard have co-founded. She explained the technology, spoke about the continuing efforts to engage with communities and Deep Isolation’s approach to meeting customer needs.

She told me a bit about the company’s finances and provided a direct point of contact to her for people who listened to the Atomic Show. To protect her from spammers, I won’t include that information here, but it’s in the audio.

I hope you enjoy the show. As always, feedback is welcome.

I’d also like to encourage Atomic Insights listeners, especially those who love to get into technical details, to take Ms. Muller up on her request for comments and feedback about their recently released safety calculations.

Here’s a link to a video that illustrates Deep Isolation’s technology.

Judy Woodruff introduced a “must see” segment on PBS’s Newshour last night. JUDY WOODRUFF: Now: why some engineers and investors are making big bets to develop a new generation of nuclear reactors. Miles O’Brien has the story. It was a co-production with our friends at PBS “NOVA” tied to the January 11 documentary “The Nuclear […] 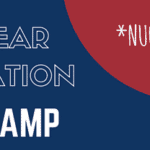 The Nuclear Innovation Alliance, UC Berkeley and Third Way are partnering with universities, national labs, think tanks, the Department of Energy and corporations including Southern Co., Google, Transatomic, Terrestrial Energy, and TerraPower to offer the first Nuclear Innovation Bootcamp August 1-12 at the University of California, Berkeley. Twenty-five students (graduate students or undergraduates who will […]