A friend shared a link to a prize winning essay titled The path to reconstruction in Fukushima as seen through fieldwork in Eastern Japan. It was written by Jun Takada, Doctor of Science Professor, Sapporo Medical University. Here is a sample quote:

Following the nuclear accident in Fukushima that occurred as a result of the Great East Japan Earthquake of March 11, I carried out fieldwork in early April, June, July, and August. The low doses of radiation present there simply cannot be compared to the levels found after the accident at the reactor in Chernobyl, and I quickly came to the conclusion that no health hazards will be experienced even by the citizens of Fukushima Prefecture. The reasons for this were Japan’s highly earthquake-proof light-water reactors, strong containment vessels, and the lack of the graphite that was the cause of the fire at Chernobyl. It seems likely that the Tokyo Electric Power Company (TEPCO) had implemented inadequate counter-measures against tsunamis, but in the future Japanese engineers will surely be able to develop technologies and measures to better guard against tsunamis. Hints for this can be obtained by looking at how the Onagawa nuclear power plant belonging to the Tohoku Electric Power Company, which was the closest plant to the epicenter of the earthquake, fared.

Following the incident, mass intellectual and psychological derangement broke out in Japan, centered on the Kan administration. Japanese society was also easily affected by this phenomenon, making me wonder what Japanese people have been studying all these years in spite of what happened at Hiroshima and Nagasaki.

As a result of a comment from John ONeill, I came across a full text version of a paper published in the British Journal of Cancer titled Repair of radiation damage to DNA. It is a little challenging for a guy whose formal biology education ended with an Advanced Placement course in high school, but the conclusion is quite understandable.

Here, we have focused on some of the concepts and principles in the study of DNA replication, recombination, and repair (the three ‘R’s’). These processes, which can no longer be considered separately, form a new paradigm for the understanding of the cellular resistance to radiation treatment. Genetic mutations in recombinational processes that affect replication and DSB repair may not only promote genomic instability but also determine the response of tumours to combination therapies with DNA damaging agents. This concept may provide the framework for future pre-clinical and clinical studies that discover and test novel combination therapies and tailor these to individual tumours. While some of our considerations are speculative at the present time, we anticipate that the rapid progress in this exciting field of research will continue over the next few years and provide many of the answers. Finally, although the focus of this review has been the contribution of cellular radiation resistance to the clinical tumour response, it is clear that additional factors, such as the contribution of the tumour microenvironment, are at least equally important in determining the likelihood of achieving tumour control and cure.

Many wonderful people have added me to their private email lists for discussions about nuclear technology related subjects. Those lists provide plenty of food for thought and access to information that sometimes needs to be shared more widely.

This morning, I obtained permission from Dr. Robert Schenter and a correspondent of his to share a recent email. Bob is one of the leading experts in the United States on the use of fission reactors to produce specialized medical isotopes. He has made a career out of understanding the effects (both beneficial and negative) of radiation and radioactive materials on human biology. Many of his correspondents have substantial experience in the field. Here is the email:

1. Several years ago, NPR asked me to be on their phone-in radio show about medical isotopes.

A patient’s daughter, from Seattle, called in.

Her mother had failed conventional therapy for cervical cancer.

She found out about medical isotope therapy, and was treated.

She stayed at the hospital for a total of ONE AFTERNOON!

Her cancer went into remission.

That was four years prior to the show, and her mother remained in remission…

The reporter was stunned.

Not only could he NOT handle this information, after asking the daughter if this information were true – he asked us no more questions, abruptly hangin up on both of us.

2. With our MD, PhD nuclear medicine consultant from Scandinavia, between presenting and working in Manila, the Philippines, we decided to go north to visit Banaue and Sagada for the weekend.

This involved an overnight bus + van ride (on unpaved roads)from the capital.

An elderly lady from Sagada had collected artifacts from hill tribes in the region – everyday items like tools, textiles and cookware.

She displayed them in a small museum she opened, with the help of her family.

Ten years prior to our visit, she was diagnosed with cervical cancer.

She traveled to Manila, was treated, and returned to her village.

Cervical cancer is much more prevalent in Asia, per capita, than in the West.

3. NOTE: The Dean of the Asian School of Nuclear Medicine works at the the top teaching hospitals in the Philippines.

He asked for help in placing his top resident in a fellowship in the West.

His resident ended up at U. Pisa in Italy.

The nuclear medicine department at U. Pisa occupies its own three (it may have been four) story building, plus basement.

Years ago (ten?), the chief developed a THIRTY MINUTE (he now says that he can do it in under 20 minutes) OUTPATIENT procedure to remove accessible, confined, single node LUNG cancer!

A gamma probe, smaller than a magic marker, goes through the incision down to the tumor and localizes the tumor after the injected radionuclide compound concentrates in the tumor.

The surgeon cuts around the tumor and removes it when the Geiger counter detects no more signal = tumor gone!

The main cancer research center in Europe does the same thing for confined breast cancer. They probably treat over 4,000 breast cancer patients per year.

Patients recover faster and more easily (and keep their breast far more often) when therapy like this is available.

The foregoing is not, to my knowledge, available in the USA.

NOTE: The surgeon doesn’t even have to SEE the tumor to remove it!

After the band-aid type dressing was applied at U. Pisa, the lung cancer patient sat up on the operating table, and received his shirt – brown plaid, short sleeved. He put on his shirt.

The surgery nursed helped him put on his shoes as his feet dangled over the side of the table.

She took the patient’s arm to steady him as he hopped down from the surgery table.

On September 11, 2014, the American Nuclear Society hosted a roundtable discussion for nuclear bloggers with Allison Macfarlane, the Chairman of the Nuclear Regulatory Commission. The meeting was broadcast as a webinar, but there were also seats available in the conference room from which Dr. Macfarlane and Margaret Harding (the ANS moderator) were running the…

Arnie Gundersen has been making money by spreading fear, uncertainty and doubt about nuclear energy for more than a decade. His career has received a measurable boost since March 11, when a large earthquake and powerful tsunami successfully peeled off most of the many layers of protection at the Fukushima Daiichi nuclear power station. Ever… 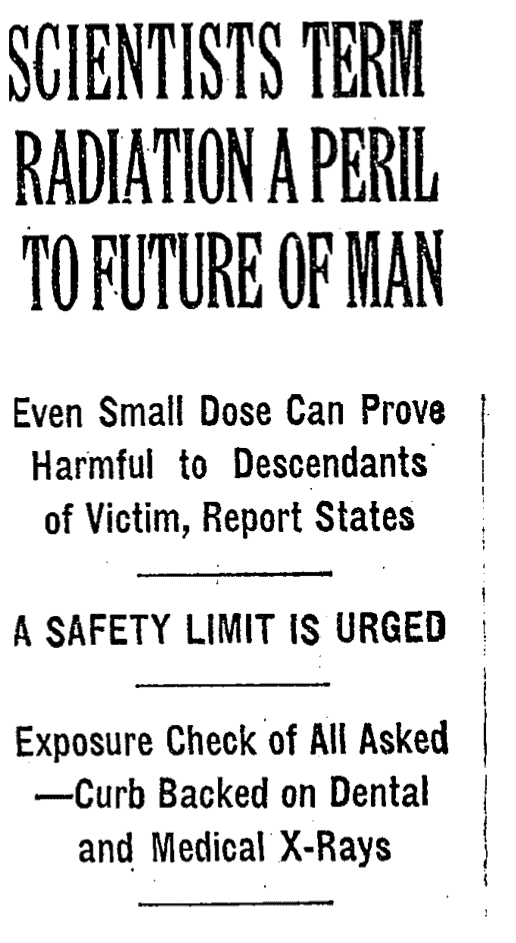 The Lawrence Berkeley National Laboratory issued a press release on December 20, 2011 titled New Take on Impacts of Low Dose Radiation: Berkeley Lab Researchers Find Evidence Suggesting Risk May Not Be Proportional to Dose at Low Dose Levels. The press release summarizes the results of a paper that has been published in the Proceedings…