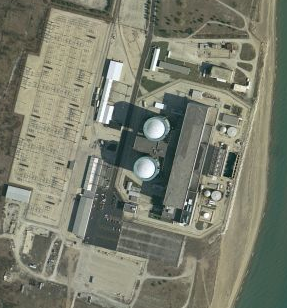 There were two contrasting announcements of decisions on the fate of silent, but potentially productive nuclear power stations in the past week. On the positive side, the Tennessee Valley Authority’s board of directors included $248 million for engineering, evaluation, maintenance, preservation, establishing a regulatory framework, and long lead time procurement of items needed to finally complete Bellefonte Unit 1 in its budget for fiscal year 2011, which begins on October 1, 2010. That unit was started in 1974 and had reached about 85% completion when its construction was suspended in 1988.

In contrast, Exelon and EnergySolutions announced that their long pending decision to transfer custody of Zion units 1 and 2 would take effect on September 1, 2010. That transfer is being made to enable EnergySolutions to dismantle the plants, a process that will involve approximately 200 workers at the site for a period of 10 years. The custody transfer allows a more cost effective distribution of the risk associated with low level waste disposal that will be a major part of the project costs. The project costs will be paid out of the $900 million decommissioning fund that has accumulated from funds set aside by adding a small fee to the price of the electricity produced during the 25 or so years that the nuclear power plants were owned and operated by Commonwealth Edison as a rate-regulated monopoly utility company.

(Aside: There is a difference between the project cost in the press release of $1 billion and the $900 million that is currently in the decommissioning fund. The press release number takes into account the effect of investment returns and inflation over the ten year life of the project. As I learned in my most recent assignment, one of the important questions associated with any budget number is “what year dollars are you using?” A budget projected in “then year” dollars always has larger numbers than one that is projected using this year’s dollars and taking out the inflation escalation computed for future years. End Aside.)

The announcement of the date for starting the Zion dismantling project was the headline story in a press release discussing a number of capital investment projects. As Michael Pacilio, Exelon’s chief nuclear officer and president, described the package of projects, “This is our own economic stimulus program for Illinois”.

Here is a video clip from a Utah television station that provides a glimpse of the story from the point of view of the Utah company that will be running the project and storing the low level waste from the construction demolition.

The project is being marketed to people in Illinois as a beneficial effort to clean up a site that is currently hosting an unused industrial facility. The implied promise is that completing the project will allow the lakefront site to be returned to more productive uses. As the above video clip shows, and as experience in several communities around the countries with “orphan” nuclear fuel dry storage areas reinforces, that result is not yet certain. Under the current US used fuel storage model, the Zion nuclear plant site would be turned into a “greenfield” surrounded by an imposing fence and heavily armed guards protecting a small, isolated pad holding a few dozen dry storage casks. The only jobs involved will be security guards and there will be no output of beneficial products.

A few weeks ago, while at the ANS Utility Working Conference, I spoke to a man who was one of the operators at the Zion nuclear plant up until the very last day that it operated. He told me that the plant’s physical condition was far better than that of the plant that he went to after he reluctantly moved from the Zion area. He mentioned that there had been some conflicts between his union and the plant management, which might have helped the company to decide that it was not worth the effort to go through the necessary steam generator replacement.

In 1998, when Zion was “permanently” shut down, no nuclear plants had received operating license extensions, few had successfully replaced steam generators, and natural gas cost less than $2 per million BTU with projections from the gas industry and the Energy Information Agency of low prices for the foreseeable future. Here is a quote from a document titled NRC: Zion Nuclear Power Stations 1 & 2

On January 14,1998, the Unicom Corporation and ComEd Boards of Directors authorized the permanent cessation of operations at ZNPS for economic reasons. The cost and time it would take to repair the steam generators combined with the cost of electricity in a deregulated environment in Illinois made continuing operation of ZNPS uneconomical.

Why is Exelon committed to dismantling a facility that has numerous characteristics in common with Browns Ferry unit 1, which was recently restored to operating condition and Bellefonte unit 1, which is planned for completion? Isn’t there a market in the United States for emission-free power generation? Wouldn’t it be better for the Illinois economy if the local company that owned the plant decided to restore it to operation so it could generate low marginal cost electrical power, jobs, income and taxes instead of turning it over to a company from Utah to dismantle it and potentially leave behind a still unusable site?

It is too bad that there are no companies in the world with the equipment that would be required to relocate the plant to a place where the operators would put it to use.

January 24, 2009 – Exelon’s Strategy is Working for Stockholders but not Always for Customers

(Disclosure: My personal investment portfolio includes some shares of EnergySolutions.)