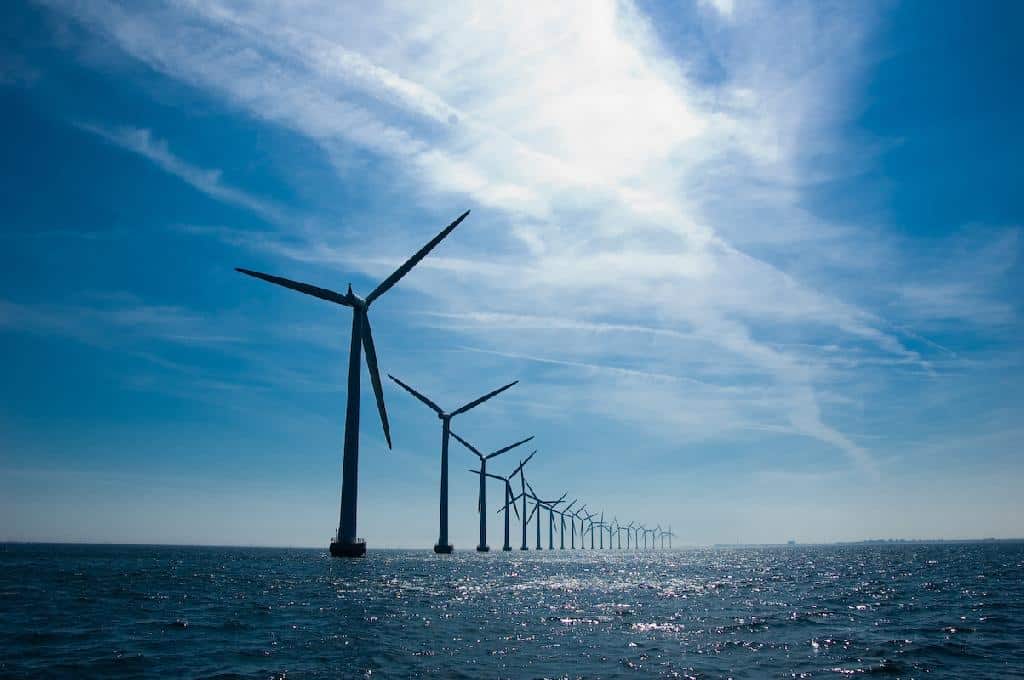 I’ve been engaging in a discussion with several commenters who strongly disagree with my assertion that atomic fission is the ONLY technology that has the technical potential to beat hydrocarbon combustion in the market. It can provide cheaper, cleaner and more reliable heat that can be converted into useful power in almost exactly the same ways that we have invented to turn combustion heat into power.

Some of that conversation is interesting enough to promote to the front page of the blog so that it is not buried deep in comment threads that few people have time to read. This post continues the conversation that I published yesterday in response to the State of the Union Address.

Rod Adams wrote: “@EL, Pretend I am from Missouri. Stop pointing to academic studies and models created by “many fine people.”

I gave my rebuttal to these comments on “academic studies and models” that you so effortlessly dismiss and discount in the other thread. For those who might be interested, it’s probably worth reading the whole thread (and see if you are in agreement on the merits or deficits of new and advanced technologies, assessment of investment and regulatory risk, timing in current and future global markets, basic common ground … or whether there are some obstacles that are just too great to overcome and that engineering and markets cannot solve on a practical or cost-effective basis).

I argue my points, I think, objectively and forcefully (while I also keep an open mind). It’s my hope others will do the same (otherwise, there is little hope that any further debate will yield any positive fruit or rose petals, in honor of the upcoming holiday, and we better all hunker down and get very used to a long and bumpy ride on the non-renewable oil, coal, and natural gas crazy train).

The following response is a combination of several of my comments joined together and slightly edited to produce a more coherent, stand alone piece that is not so dependent on the context of other people’s comments.

Humans have known that there was energy that was free for the taking in the wind and in the sun for as long as we have been aware beings. Windmills and sails have been used for power for thousands of years. They were used to produce electrical power almost as soon as electricity was discovered. People have been collecting and using solar energy for tasks like salt making, curing, and drying leaves for thousands of years. The photovoltaic effect was discovered at least 110 years ago.

Don’t give me this anti technology mumbo jumbo that we have only just begun to try to figure out ways to collect useful energy from these well known sources. Don’t try to tell me that human beings have always found that hydrocarbons were just too cheap to beat; massive fortunes have been made by controlling supplies of those products and pricing them at levels that were painful for many customers.

Many highly intelligent and motivated people have been trying for a VERY long time to produce useful power from the wind and sun. They have always come away dissatisfied and looking for something that was more reliable and less capital intensive. Do you really believe that Szilard, Noddack, Frisch, Meitner, Einstein, Curie, Fermi and dozens of other equally scientifically skilled people were motivated to learn about nuclear fission because they wanted to build bombs?

I have pointed out the weaknesses in your cited studies dozens of times. Some of them assume its okay to cover large areas of land they do not own in order to collect unreliable and diffuse flows of “natural energy” from the wind and sun. Some assume we will figure out a way to economically move and safely store billions of tons of CO2, which is a gas at STP, and that it will somehow be easier than storing a few tens of thousands of tons of solid used nuclear fuel. Others think it is okay for a supplier to manage demand by turning off customer access and calling it “negawatts” and “smart grid technology.”

Some of the authors of the studies that you cite think that the solution to inherent unreliability it to connect up a whole bunch of unreliable sources spread out over thousands of square miles and hope that some of them keep producing. They ignore the costs of the wires and the costs of having to built double, triple or quadruple as much capacity as required, expecting that someone else will pay. They ignore the substantial risk of overproduction during times when most of the unreliable sources happen to be producing well at the same time that no one is terribly interested in buying the power.

It’s no surprise why demand does not correlate to production when you are trying to harness the wind and sun for power; when the weather is sunny with pleasant breezes many people decide it is a fine day to be outside instead of watching the big screen or doing laundry. Your sources also ignore the very well proven fact that both the wind and sun are frequently missing in action just when people NEED power the most – on hot, muggy evenings and nights in the summer and during frigid, still nights in the winter.

You don’t seem to mind if natural gas is the backup. You probably think it is fine since it is pretty clean and the capital cost is relatively low. Have you investigated the capital cost per unit of power when a gas plant is operated with a low CF? The really cheap, flexible gas plants are inefficient simple cycle machines; they have a high cost per unit of power if they operate a few hundred hours per year. Emissions from burning gas are not much lower than those from burning coal when the gas is burned inefficiently.

I don’t actually want to be a “part of the conversation”. If I had my druthers, I would be building nuclear energy systems that were designed to be simple, safe, reliable and extremely competitive in pricing. Those systems would be directly improving the lives of the same kinds of people that you claim to care the most about. I would let my actions and products tell my story and show how much I cared about making the world a better place.

I started writing about atomic energy after I had already started a company to build useful products, which was after I had already given up a well-paying job and invested my entire life’s savings. I even invested some generous investments from family members who trusted my knowledge about power and my judgement about the market opportunity for significantly improved technology.

Unfortunately, the laws of the same land that allow me to write as much as I want with very few restrictions has decided that allowing people like me to develop better energy systems using fission is so risky that we need to spend decades obtaining permission to get started. After a few years, I figured out that the problem was not a concern about safety, it was a concern from wealthy and powerful people that the technology that I and “many fine people” have recognized has incredible potential was a threat to their wealth and power.

You and your activities are part of the problem that prevents clean, affordable atomic energy from taking market share away from hydrocarbon combustion. You are the one who is guilty of anti science mumbo jumbo by continuously claiming there is something better that we just have not yet discovered.

I will freely admit that I do not have an open mind about energy technology. My brain has been stuffed full of knowledge about the limitations of the possible competitors and the proven, but virtually untapped technology of nuclear fission. Objectivity tends to disappear in engineers; we are trained to make choices with firm technical basis for those decisions. Open minded engineers never build anything because they are always still evaluating various options.

I think there is a basic reason why Rickover frustrated many scientists; once he had learned enough, he stopped evaluating options and started building hundreds of useful power plants that helped make the world a safer, cleaner, and more prosperous place. 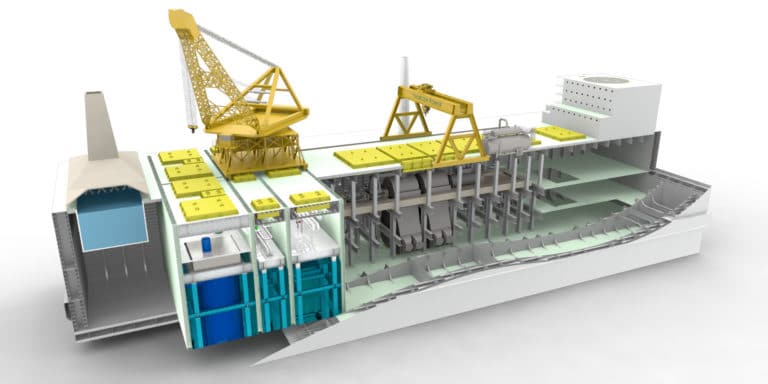 By Jack Devanney Engineering, procurement, and construction (EPC) contractors have led recent nuclear plant projects into disasters. Deca-billion dollar cost overruns. Schedules doubling. Some projects being cancelled after squandering billions of dollars. Giant corporations facing bankruptcy. This raises the obvious question: if Westinghouse can’t build a standard nuclear power plant, how in the world will a start up like ThorCon…

Taxpayers for Common Sense (TCS) trace their heritage to William Proxmire, a senator famous for his “Golden Fleece” awards for wasteful government spending. Yesterday, the organization held a press conference to announce that they had decided to award a Golden Fleece to the US Department of Energy SMR (small modular reactor) program. The press release…

On Friday, a well-respected energy industry observer posed an important question on Twitter. Michael Liebreich @MLiebreich Replying to @tder2012 @Daniel_W_See and 4 others Answer. The. Question: Why have you concluded that attacking cheap wind and solar is the best way to help nuclear? Please explain, because from where I sit it’s pretty darn clear: the…

Amory Lovins has once again chosen to publicly display his incredibly creative math skills. This time he is claiming that closing and destroying Diablo Canyon, a well-run and nicely situated nuclear power plant, 20 to 40 years before it has completed its useful life will reduce CO2 emissions and save money. His latest example of…