I keep close tabs on developments in small nuclear reactors, so I was intrigued this morning to notice that many returns in a news search with that phrase kept turning up obituaries for Bob Guccione, the founder and long time publisher of Penthouse Magazine. Here is a quote from the New York Times version:

The dissolution of the Guccione empire took years. A $200 million Penthouse casino in Atlantic City never materialized, and he lost much of his investment. A $17.5 million movie containing hard-core sex scenes and graphic violence, “Caligula,” was shunned by distributors, and Mr. Guccione lost heavily. He once hired 82 scientists to develop a small nuclear reactor as a low-cost energy source, but it came to nothing and cost $17 million.

I have spent quite a bit of time in front of investors trying to persuade them that small nuclear reactors are a promising technology worth supporting; I had to find out more. What I could have done with an initial injection of $17 million . . .

It took just a few tries to find an excellent source of the rest of the story. Guccione was a fusion fan who was convinced that Robert Bussard was on to something that could be developed if only it could attract a sufficient level of funding.

In March 1980, Guccione formed a partnership with Bussard and turned over, as he recalled later, some $400,000 in startup funds. Engineers, computer programmers, and metallurgists were hired, and Inesco set up a new shop in La Jolla, California, with eighty-five employees. Over the next four years, as design work progressed and the search for investors continued, Guccione poured in $16 million or $17 million, by his accounting. Predictably, the Inesco scientists who attended international meetings endured considerable ribbing about working for one of the most successful purveyors of adult magazines in the world. Physicists and pinups seemed so hilariously incongruous.

Guccione was a true believer in fusion, but he was also a sophisticated investor with a decent sense of marketing; he recognized that the Bussard led developments would be a continued drain on his resources if he did not get some additional investors excited enough to jump into a public offering. Part of his marketing effort – in addition to sending his engineers and scientists to international meetings – included a wry sense of humor and skilled branding.

To oversee Penthouse’s interest in Inesco, the publisher created a subsidiary, which he dubbed Penthouse Energy and Technology Systems, thus creating the acronym PETS. It was a conscious reference to Penthouse’s nude centerfold, “Pet of the Month,” and a way for Guccione to acknowledge the uninhibited women who in truth, were creating the profits to finance fusion research.

Even Guccione and his PETS money, however, could not convince other investors to commit themselves to fusion. Inesco’s project was just too speculative. Guccione said he also grew to suspect that the nuclear power industry, the fission plant owners, were putting pressure on Washington to ignore projects like Inesco’s, which threatened to replace fission power. Guccione had no direct evidence of this, but it was a theme commonly sounded by frustrated fusion researchers.

In 1984, an attempt to take Inesco public flopped after the underwriter failed to sell the last 400,000 shares. Bussard’s dream and Guccione’s gamble were crushed.

It is interesting to hear that fusion researchers would blame fission supporters – after all, oil, coal and gas suppliers control 90% of the world’s energy market. Fusion has received far more of DOE’s R&D money than fission; that is probably because it is no threat to the politically powerful coal, oil and gas industry. Fusion will not begin taking any markets away from the established fossil fuel suppliers until everyone currently in those industries is long dead.

Bussard was still looking for money in interesting California locations as late as November 2006 when he gave a tech talk at the Googleplex in Mountain View, CA. He also successfully pitched my former employer and convinced a key decision maker that polywell fusion was something real enough for continued support. That effort did not result in any real progress towards the fusion dream either. Dr. Bussard passed away in October 2007, but there are still fusion visionaries out there happily spending money from whatever sources they can seduce.

Peter Applebome has been writing about the controversy surrounding the Indian Point Nuclear Plant relicensing effort for several years. In the Saturday, February 14, 2009 , issue of the New York Times, in the Our Towns section, you can find his most recent piece titled Indian Point And a License To Disagree. After reading that… 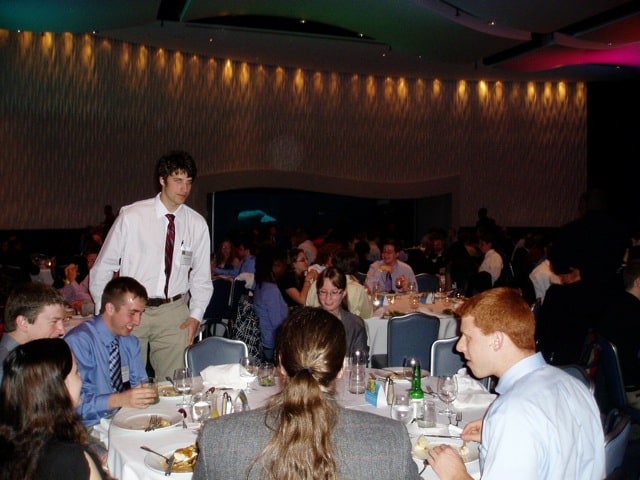 Jack Spencer at the Heritage Foundation is one of the more thoughtful analysts that I know when it comes to nuclear power’s place in the world’s energy mix. He recently wrote a must read piece titled Nuclear Power Needed to Minimize Lieberman-Warner’s Economic Impact that dug deep into the numbers and assumptions used in recent…

Please remember that this is the month of Movember, a time to help raise funds for organizations that are fighting health issues that are not often discussed – prostate and testicular cancer. Please honor the men in your life. If you have ever wondered how you can say thank you for the information and value…

I do not understand why there are people who believe that there is really anything that the world can or should do to discourage any particular country from using nuclear energy to supply the power needs of its own people. My personal experience with the technology leads me to believe that anyone who knows much…

USA Today has an article titled Actor Alec Baldwin blasts Obama’s call for nuclear power, citing safety risks that quotes Balwin and ends with a question to readers about his comments. Readers: Is Baldwin right? Here is my response: Of course not. The real question is why do people pay attention to an actor’s opinion…