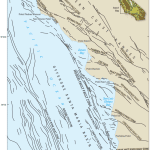 As a literature major during my undergraduate years, I was fascinated by the variety of stories that can be told about the same topic depending on the author’s selected point of view. Here is a brief example. Friends of the Earth (FOE) has a page on its web site titled Shutting down Diablo Canyon. The […] 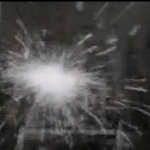 Note – This post was initially published on February 23, 2013. After attending the ANS President’s Special Session about the way we should communicate about radiation, I thought it would be worth repeating. Sometimes, we need to look outside of our immediate time and place to find “best practices” that we should emulate. Hitting road […]

On April 1, 1995, I published the fist issue of a paper newsletter initially titled Atomic Energy Insights. For old times sake, here is a reprint of the introduction to the newsletter that was included in that issue. Please join me in a quiet celebration and raise a cup of coffee as a toast. Here’s […]

Every once in a while, I feel the need to share some of the historical research I’m conducting. This serves multiple purposes; it provides me with an easily searchable log of interesting tidbits and it enables me to continue working on my mission of sharing as much information as I can find about atomic energy […] 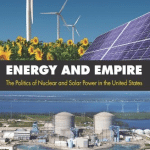 Dr. George Gonzales is an associate professor of political science at the University of Miami. In 2012, he published a book titled Energy and Empire: The Politics of Nuclear and Solar Power in the United States. In his book, Professor Gonzales recognizes that the development of nuclear energy poses an obvious threat to the continued […]

Though it has been more than 30 years since Admiral Rickover finally retired from his position as the head of Naval Reactors, his legacy lives on in the people he directly trained and in the people that those initial Navy nukes trained and led. A new book titled Against the Tide: Rickover’s Leadership Principles and […]

On Atomic Show #230, I talked with Alex Epstein, the author of The Moral Case for Fossil Fuels. Some of the things I told Alex during that show intrigued him enough to ask me to be a guest on his Power Hour show. That show has now been published as Power Hour: Rod Adams on […]

Josh Freed, Third Way‘s clean energy vice president, has published a thoughtful, graphically enticing Brookings Essay titled Back to the Future: Advanced Nuclear Energy and the Battle Against Climate Change. It focuses on Leslie Dewan and Mark Massie of Transatomic Power, but it also makes it abundantly clear that those two visionary entrepreneurs are examples […]

On November 23, 2014, 60 minutes, the venerable CBS News Sunday evening program that has been on the air since its launch in 1968, aired a segment titled Chernobyl: The Catastrophe That Never Ended. The show is full of fascinating contrasts between what the cameras show to the audience and what the narrator tells the […]

On Sunday, January 23, 1957, a large American audience gathered around their television sets to watch the weekly episode of Disneyland, a popular show created and hosted by Walt Disney in return for an investment from ABC that he used to build Disneyland. On that evening, the audience was treated to a compressed course in […] 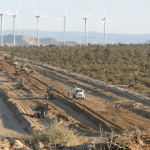 Andrew Benson from Atoms For California contacted me last week to find out if I was interested in having a conversation about the history of nuclear energy in California, with a special focus on the history of the antinuclear movement in that trend-setting state. It sounded like a great idea for an Atomic Show so […] 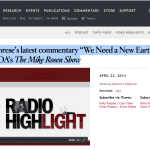