The email introducing the below video included the following description.

The attached film is so ridiculous and the author is an idiot.

The second clause of that sentence is not quite true; the author is an intelligent man who has created a few tall tales for a nefarious purpose. I’d like to crowd source an analysis of this presentation and develop a comprehensive list of the inaccuracies and exaggerations packed into the 22 minute talk.

As noted in the introduction, this talk was provided to an audience of 1,600 people, each of whom probably talks to a dozen or more people every day. At least some of the audience members are seen as knowledgeable, authoritative figures, so they have some influence.

The effort to effectively contradict Gundersen’s tales may be an important way to spend a half hour over the next week or so. After we have developed the response it will be important to promote it so that people can compare reality to the Gundersen tall tales.

At the WAVE Conference – Arnie Gundersen’s Presentation from Fairewinds Energy Education on Vimeo.

Ken Silverstein posted a thought-provoking piece on Forbes.com titled Being ‘Good Neighbors’ And Staying Out Of Print Motivates Companies To Be Environmental Stewards. The following quote stimulated me to provide a slightly different interpretation and expansion on the reasons why companies and investors large and small are often actively involved in the environmental movement. And…

Ajax Eastman has just published a piece on the Baltimore Chronicle, non-profit, internet only news site. Ajax’s article, titled Pulling Back the Curtain on Wind Power is one of the clearest, most concise explanations for why building massive turbines is a dumb idea that is only being done because there are large, misdirected expenditures of… 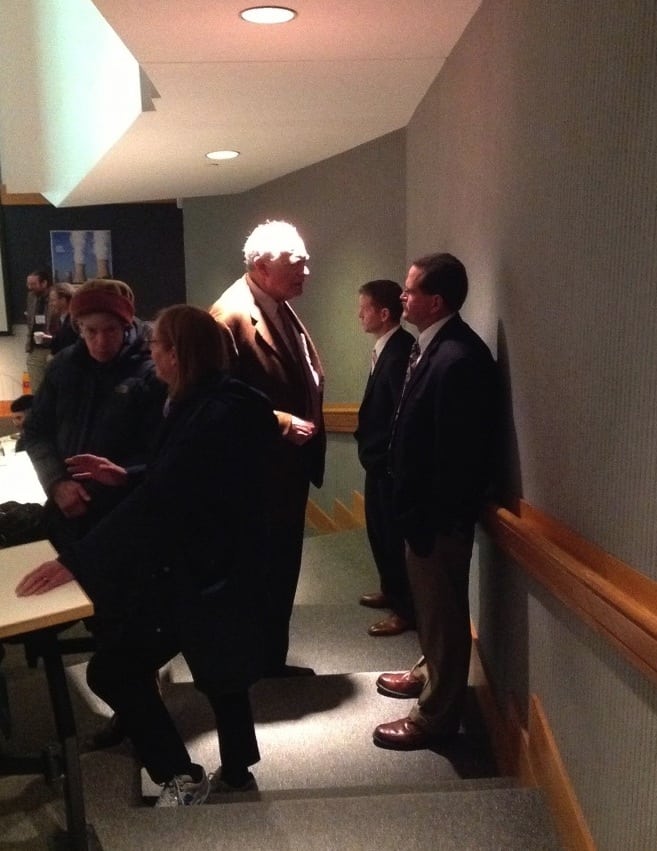 On Friday, March 28, 2014, I had the privilege of attending a symposium at Dartmouth College titled Three Mile Island 35th Anniversary Symposium: The Past, Present, and Future of Nuclear Energy. If you are curious and have a free nine hours, you can watch an archived copy of the main event on YouTube. The thing…

Ever since November 2009, when the New York Academy of Sciences published a Greenpeace-authored, anti-science book titled Chernobyl: Consequences of the Catastrophe for People and the Environment, several friends of mine have been digging to try to find out why that decision was made and who made it. Ted Rockwell, a long-time member of the…

Joris, a frequent contributor to Atomic Insights discussions, provided the following story in a recent comment. I have lightly edited his comment, mostly to provide some white space with paragraph breaks. I hope his remarks provoke thought and discussion. As Atomic Insights readers know, I firmly believe that the success – so far – of…