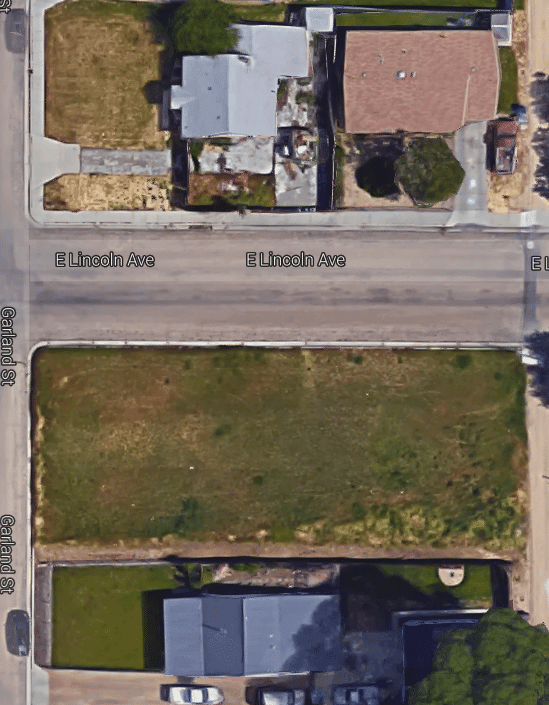 There are plenty of other people who offer hazy visions of what our future energy system might include. The difference between Nick P.’s fission-enabled future and the 100% wind, water and sun mirages of people like Mark Z. Jacobson and Amory Lovins is that his proposals are technically achievable. The WWS proposals sound warm and fuzzy, but serious efforts to achieve that goal are doomed to require great sacrifices and probably a far smaller human population.

Nick’s ideas are worthy of increased attention and may stimulate a useful discussion, but there is a better chance of that happening if they are promoted to the front page instead of being buried in a comment thread.

With his permission, here are Nick’s thoughts for your consideration.

So here is a vacant lot a few blocks away from my house:

Sounds like one of these would squeeze in juuussst perfect right there.

I know that this reactor is supposed to be air cooled, which is not a bad idea in general, but if they were to put one of them in around here it would be just about a perfect situation to put in some district heating lines while we were at it and put the waste heat to use.

Nice and toasty in the winter, all the hot water you want, run absorption chillers for A/C in the summer. No need to turn the thermostat up/down! Plenty more where that came from!

As long as I’m dreaming in technicolor here then while the road is ripped up putting in the district heating pipes they might as well finally get fiber optic lines into all the houses as well. Co-locate the network equipment in the same building as the plant, nice little side business and it would be physically safe in a good sturdy concrete building like that. Have our own little local micro-ISP, we could call it AtomWeb or something.

When we talk about ‘Fission is the new fire’ I’d love to see the world go whole-hog with the idea, what else could we do if a nuclear plant is ‘just’ another nondescript industrial building with a couple of coolers on the side of it?

That building there use to be an Eddy’s Bread bakery, it’s been more or less vacant the last few years with a string of short lives businesses renting out the little office on the side of it.

Lets say we get another commercial bakery in there of some sort, and we have one of these mini-reactors either co-located on site or very close by.

Why not use some of the reactors heat to melt a loop of solar salt or something like it, then you could pipe the salt into the bakery and use it to bake the bread? Like the ovens would have a radiator grid for the salt to flow through rather than electric heating elements or gas burners.

Oh, and of course while we’re at it close-to-free space heating for the building and snow melting/deicing in the parking lot.

Lets go a step even further, pan just a touch south on that same map and you’ll find a farm field:

Every year it seems like all they grow is corn and corn alone, maybe they’d be interested in a new business opportunity?

See I’m thinking greenhouses, which are traditionally expensive to heat but should be a lot more reasonable with the waste heat of a nuclear plant next door. What should they grow? Well you could do hydroponic vegetables and the like Which Would Be Fine, getting an extra harvest or two per year would probably make it worth it alone, but I have another idea.

See there’s nothing stopping you from keeping these hypothetical greenhouses at tropical conservatory temperatures even in the depth of winter, so I’m thinking bananas.

Hear me out! Right now the banana you’ll find in the grocery stores is a variety called the Cavendish which didn’t use to always be the case, the variety that was cultivated back in the day was the Gros Michel. Cultivation switched from the Gros Michel to the Cavendish because a fungal infection called Panama Disease essentially wiped it out forcing the switch to a variety that is resistant. (This is why ‘banana’ flavored candy tastes kind of banana-ey but different, the flavoring is based on the Gros Mitchel and not the Cavendish.)

But you know what? This is Idaho, there aren’t any bananas growing within a thousand miles or more of here. This very isolation means you could grow the Gros Michel banana here in this greenhouse without fear of a tropical fungal disease wiping them out.

This is how integrated I’d like to see nuclear power in our society.

So, what are your visions of a fission-based future? How would it be new and improved from our current abject dependence on hydrocarbon/carbohydrate combustion?

As much as I like reading Bill Tucker’s generally pronuclear articles, I recognize that he sometimes gets the details wrong. In a recent American Spectator article titled Nuclear’s Dilemma: Few Jobs, Just Energy, Bill overlooked some important details about nuclear energy’s ability to generate good jobs in comparison to its competitors in wind, solar, coal,…