While doing a little thinking during a pre-feast walk, Archimedes popped into my head. Yeah, pretty geeky, but what do you expect. Nearly everyone has heard the famous phrase

Give me a lever long enough and a fulcrum on which to place it, and I shall move the world.

Can the LiftrTM be that lever and the team developing it be the fulcrum? (Or would it be best to picture a team pushing down on the lever.) Anyway, I throw it out for consideration and discussion using this open source etching as a starting point. (It was originally produced in 1824, so it is in the public domain.) Is anyone interested in having a go at modernizing and focusing the graphic for the Liftr Power project. 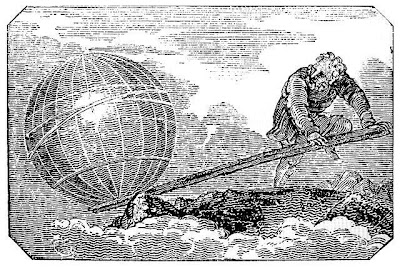