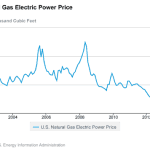 Many currently operating nuclear plants are in danger of being permanently shut down due to temporary conditions including low, but volatile natural gas prices, improperly designed markets that fail to recognize the value of reliable generating capacity, quotas and mandates that result in certain types of electrical generators receiving direct monetary payments in addition to […] 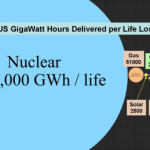 Dr. Alexander Cannara is an environmental activist who has been writing letters to antinuclear groups. He gave me permission to republish one of his missives here. The views expressed are his, but they deserve to reach a larger audience. By Dr. Alexander Cannara Date: 19 Sept. 2013 Subject: An open letter to groups I’ll no […] 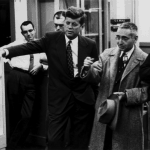 Fissures related to nuclear energy are developing in the monolithic movement known as Environmentalism. The Breakthrough Institute has published a good introduction to the schism titled The Great Green Meltdown: How Economic Arguments Against Nuclear Highlight Environmentalist Delusions. Though this is a simplification, it is generally accurate to describe two sides of the movement that […]

During the summer of 2013, Robert Stone, the director of Pandora’s Promise, was invited to show his documentary at the Traverse City Film Festival. Michael Moore, one of the most famous and financially successful documentary film makers in America, is the founder and president of the festival. After the showing, the two directors chatted about […]

Robert Stone’s Pandora’s Promise has been capturing attention and encouraging people to challenge their personal beliefs and tribal assumptions. Stone’s documentary is a classic “journey of discovery” tale featuring five people who changed their minds about nuclear energy from opposition to support. It takes viewers along the path of knowledge discovery followed by Gwyneth Cravens, […]

Ben Heard and Geoff Russell collaborated on a post for DecarboniseSA titled Green Nuclear Junk that takes careful aim at an antinuclear meme that is mostly based on a series of false assumptions that include a table of mortality figures made incorrect by dividing by 8.76 instead of multiplying by that same number. With Ben’s […]

One of the primary reasons I am sharing the above video is that it has an analog in the multi-decade effort to restrict the growth of nuclear technology. Though not the topic of this talk, Mark pointed out the similarity between the anti GMO and antinuclear movements. At minute 15:30 he said: Indeed, in many […]

Many nuclear professionals have been attracted to the technology because of its inherently light footprint when compared to all other alternative power sources. It uses less land, less metal, less concrete, and a tiny volume of fuel when compared to producing a similar quantity of energy from other sources of reliable power, especially when the […] 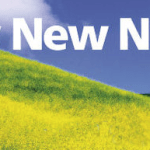 Randy Olson’s post about the contribution of a short, alliterative slogan to the mass attraction of the No Nukes movement inspired my recent post about using Fission Fast! to inspire effective action to improve our climate situation. Olson has responded to that proposal with his own idea in a post titled Curb Carbon or Fission […]

Take this investor survey to join a network of pronuclear investors hosted by Nucleation Capital.