On the Economist web site, I found an article officially titled Greenstanding: Gordon Brown’s New Deal will do little to advance renewable energy. The reason I used the word “officially” is that title is the one that is displayed on the visible page on the web and in print, but the title tagged for the article – the words in the code forming the web page (the HTML) – is Fiscal Stimulus and The Environment | Greenstanding | The Economist. That is a more accurate reflection of the content of the article than the provocative title chosen by the headline writer.

The first half dozen or so paragraphs lead one to believe that the UK’s plans for investing big money in programs that will create jobs is misdirected because it does not focus on the projects that have a long term payoff similar to that of some Depression Era jobs programs that created clean, hydroelectric power plants that continue providing low cost, emission free electricity to this day. However, by the end of the article, the author provides reason for hope and optimism and even redeems himself a bit in my eyes. Here is the article conclusion:

One fear shared by many enthusiasts of renewables, says Andrew Simms, policy director of the NEF, is that the government is simply losing interest in them. It has moved speedily to revive the nuclear-power industry, by contrast. From a position of cordial dislike in 2003, the government announced itself in favour of new nuclear plants in principle as early as 2006.

More recently ministers have been positively prescriptive, suggesting how many plants might be built and where. A takeover of British Energy, which runs most existing nuclear plants, by EDF, keen to build more, took place last year. A new nuclear laboratory has been founded, schemes to train workers set up and the vexed issue of waste disposal re-examined.

Nuclear-power stations take many years to build, so new ones will not help Britain meet its 2020 targets for curbing emissions. But the technology is well understood. Politicians may have calculated that a few nuclear-power stations will be easier to sell the public than thousands of wind turbines. And energy does not have to be renewable to be low-carbon.

Of course, I could quibble and offer a suggested revision, but it is not bad. (The first sentence in the last paragraph could say “Nuclear-power stations take many years to build, so unless we start right away and reduce some of the controllable barriers, new ones will not help Britain meet its 2020 targets for curbing emissions.”) Oh well, I do not get to edit the words on articles in The Economist. I do, however, get to make comments, just like you do here. The big difference is that I try to answer most comments here and major publications like The Economist rarely have their article writers participate in the discussion. (Maybe someday they will “get” that we enjoy interactive media a bit better than one way dictation.) 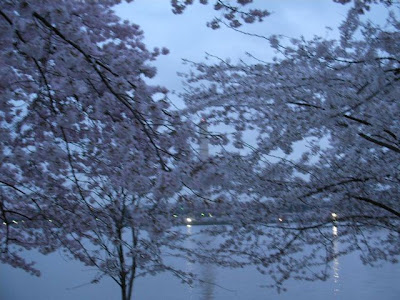 Here is a copy of the comment I posted:

Unlike many news pieces, this article saved the best for last. Though disappointed in the leading paragraphs that gave the impression that the land of my ancestors was squandering an opportunity to provide a short term economic stimulus with a long term reward of low cost, emission free energy similar to that provided by a host of US hydroelectric projects from the 1930s (TVA to be sure, but do not forget Bonneville Power in the Pacific Northwest or the Hoover Dam in the Southwest), I felt much better by the end of the article.

Atomic power plants are the modern version of hydroelectric dams, but with significant advantages. They are the plants that Roosevelt would have ordered to be constructed IF they had been available.

They do take a long time to build compared to installing a wind turbine or a gas fired plant (assuming the gas line is already in place) and employ thousands of people in the 8-10 year long planning and construction process. That is a good thing in these troubled economic times; people will not choose to consume if they do not have good prospects for continued employment. Once atomic power plants are completed, they provide RELIABLE electricity that does not produce any air pollution at a low and predictable cost. They also provide good jobs at skilled labor and engineering wage scales. Even security guards at nuclear power plants can afford to raise families in comfortable and secure homes, pay for education, and take family vacations.

Atomic power plants have several major advantages over hydroelectric dams:
1. They can be built almost anywhere and are not dependent on geography that includes both huge amounts of water and enough differences in elevation for gravity to provide the “falling” part of the energy produced by falling water.
2. They require not only skilled construction workers, but also technically trained operators and maintainers whose decades long employment after plant construction provide a solid basis for a local economy.
3. They can be used to destroy atomic weapons and produce long term energy supplies at the same time.
4. They have less dependence on the weather – hydro power is subject to drought effects that can dramatically reduce annual energy production levels.
5. The amount of space that will be made uninhabitable as a result of isolating it for the power plant, fuel source, security barriers or used material storage is FAR lower with atomic power than with hydroelectric power plants, which require flooding large swaths of scenic or otherwise valuable land.

The article mentions the UK’s exposed position as an advantage with regard to capturing renewable energy, but it makes the same mistake that most advocates of renewable energy make – what modern society needs is RELIABLE power plants that work on human or smart grid controlled signals. It does not function well with weather dependent power plants that produce on schedules controlled by God (or nature). No smart grid controller will ever be able to send a signal to a wind farm and tell it to produce if the wind is not blowing or to a solar panel to turn on the lights and the telly on those cold, damp and dreary days for which the UK is so well known. It will not even be able to tell a biofuels farm to produce a bit more fuel than it did last year if the rains do not come or the sun does not shine on the right schedule.

The photos accompanying this post may seem
a bit out of place, but there is a reason I am including them. A couple of days ago, I took a little detour from my normal commuting path and instead of a gym workout I took a long walk around the Tidal Basin to see the famous Washington cherry blossoms. It is a ritual of spring that generally brings huge crowds, unless you arrive near sunrise. However, when you are surrounded by this kind of beauty, it is hard to remain depressed about the prospects for the world. Have a great day!