By: Robert Hargraves and Chris Uhlik

However WWS implementation issues are controversial.

Misled by Jacobson, climate activists such as Bill McKibben of 350.org calls for world war-like mobilization of nations to effect the $125 trillion WWS roadmap.

Electricity from both WWS and new LWR power plants is more expensive than electricity from new coal-fired plants, which costs about 6 cents/kWh. Coal power plants generate 1400 of 2400 GW of today’s global electric power. Advised by climate scientists and international organizations, governments have unsuccessfully strived to reduce global carbon dioxide emissions. CO2 in the atmosphere is now rising at the fastest rate ever recorded. Developing nations have plans to build yet another 1400 GW of coal-fired power plants by 2040. They choose coal plants because these now generate the cheapest, ample, reliable power.

The WWS and LF energy roadmaps agree on the future importance of electrification and conversion of industrial, commercial, residential, and transportation services to use electric energy rather than thermal energy from fossil fuels.

The WWS 2050 roadmap table projects that (11,840 – 4,085) 7755 GW additional electric power can replace 16,519 GW of thermal power. This is consistent with LF roadmap projections in Figure 2 that converting all energy use to electricity will triple electric power consumption.

The opportunity to improve human prosperity with electric power is immense. Developing economies typically improve their GDP by $4 per additional kWh. In this Figure 1 projection per capita power grows to about half that of US persons. Though this projection is timeless, the resulting 5000 GW is roughly consistent with Jacobson’s 4085 GW for 2050 BAU.

Liquid fission power is being developed by several innovative companies. The ThorCon objective is to manufacture power plants at less capital cost than coal-fired plants. Fuel costs for thorium and uranium are much less than for coal, so generated electricity will cost less. ThorCon’s web site projects capital costs of $1.2B per GW of generating capacity, leading to electricity that should cost 3 cents/kWh or less.

These plants are designed to be manufactured in 50 to 500 ton modular blocks by existing shipyards, using proven high-quality steel-fabrication technologies. Complete fitted-out blocks will be barged to excavated shore-side locations and welded together. After achieving mass production, time from firm order to operation will be 2 years. How?

ThorCon International is planning to build LF power plants starting in Indonesia. The first few rows of Table 2 reflect the plans shared with the power company and potential investors. In this extended illustration, as mass production is achieved, LF power plant deployment rates rise progressively to 10, 20, 50, 100, then 200 GW per year after 2040.

By 2050 the LF roadmap additions of 2,869 GW could avoid adding the planned 1400 GW of coal-fired electric generation and then retiring the 1400 GW of existing coal-fired generators. This meets Jenkins’ expert consensus that “Power sector CO2 emissions must fall nearly to zero by 2050 to achieve climate policy goals.” and “There is no disagreement on the question of prioritizing the power sector in decarbonization scenarios.”

Realistically, operating fossil-fueled power plants will likely run to the end of their economic lives. The world is now building more of them at 100 GW per year. Their fires might be extinguished early if LF power costs drop below coal plant incremental operational costs. Coal fuel costs about 2.3 cents/kWh. A carbon tax might incentivize retirement of operating fossil fuel power plants.

Electrify everything! Many processes and applications based on heat from burning fossil fuels can be replaced with electric-powered ones. Immediate electrification opportunities in other sectors are:

By 2050 electrification of transportation and industrial sectors will be feasible. The transportation sector now depends on hydrocarbon fuels such as gasoline and diesel, which are as big a source of CO2 as electric power plants.

Future carbon-neutral onboard liquid fuels may be based on hydrogen from splitting water. Electrolyzing technology such as CuCl catalysis at 530°C will be able to use LF heat and LF electricity to make hydrogen at a conversion efficiency near 50%. At 3 cents/kWh for LF electricity, future hydrogen would cost 1.6 cents per megajoule — the same as energy from $2/gallon gasoline. However the fuel efficiency of a hydrogen-fuel-cell powered electric car is twice that of a gasoline-engine powered car, cutting the fuel cost per mile in half. Trucking ventures such as Nikola are already exploring hydrogen fuel.

Synfuels such as gasoline-substitute methanol (CH3OH) and diesel-substitute dimethyl ether (CH3OCH3) are compatible with today’s internal combustion engines. Their carbon might be recycled from flue gas, or derived from climate-neutral sources such as bio-waste, or CO2 from the atmosphere or dissolved in the ocean, which contains 50 times as much as the air. Future electrification opportunities arising from inexpensive LF electric power include:

This LF roadmap has many advantages compared to Jacobson’s WWS roadmap.

Spending $125 trillion for 2.5 million wind turbines and nearly 2 billion solar plants would unnecessarily consume vast amounts of the planet’s resources — metal, concrete, precious minerals, water and energy that would be far better used to build homes, water and sewage systems, hospitals, and transportation systems for the poor of the world. The WWS scale would be massive. China is the world’s largest industrial producer at $4.5 trillion per year. WWS demands would consume the entire industrial production of China for 28 years.

Enabling liquid fission power is simply a matter of permitting it. Existing nuclear power regulations developed for LWRs are not applicable to LF. New regulatory rules should be implemented based on demonstrated safety testing and modern radiation biology science.

The above is a guest post. Though Atomic Insights generally agrees with and supports the paper’s concepts, the details are the responsibility of the authors. The authors’ work is their own and does not necessarily reprsent the opinions of their employers.

Sunniva Rose is a nuclear engineer working on her PhD at the University of Oslo. She is also a talented public speaker who likes to capture her audience’s attention, partially by choosing colors like pink and green to highlight facts about nuclear energy, deaths per terawatt hour, and growth in human population.

In Nov 2013, she gave a TEDxOslo talk titled How bad is it really Nuclear technology – facts and feelings. For your convenience, I’ve embedded the YouTube video of that talk.

Ms. Rose is studying nuclear energy systems that will take advantage of thorium. She is not a fan of plutonium, but I will not hold that against her. She wryly points out that it might not be quite fair that Norway was endowed with both oil and perhaps the third largest thorium resource in the world. She is also rightfully proud of the fact that thorium was discovered in Norway and is named after the Norse god of thunder, Thor.

At the end of her talk – spoiler alert – Ms. Rose channels her inner Stuart Brand by asking a puzzling question that needs to be posed more often — especially at gatherings of liberal, pro-science critical thinkers.

How is it possible to worry about global warming and not be pro-nuclear?

I’m not sure why none of my contacts have pointed this video out before now, but I am glad I found it on a Singularity, Inc. web page titled Still Don’t Believe?

Aside: Singularity, Inc.’s story is worth retelling. That is a task for another day and time. Please remind me if you do not hear more soon. End Aside.

Sunniva Rose has a multilingual blog – sometimes English, sometimes Norwegian – titled SunnivaRose – about nuclear physics and research and stuff. I recommend a visit; you might want to be using a browser that can perform translations on the fly.

While browsing Sunniva Rose’s site, I found this thoughtful and beautifully photographed piece about contrasts, challenges and opportunities related to nuclear energy. 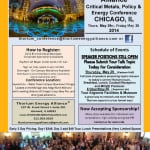 The Thorium Energy Alliance recently announced the dates and agenda for its 2014 annual conference (TEAC-2014). I had the privilege of attending the first TEAC and meeting some passionate, technically astute people. I’m still in touch with some of the friends I first met there. My schedule has not allowed me to attend the last […]

Reuters is running a series titled Breakout: Inside China’s Military Buildout. Installment number 6 is titled The U.S. government lab behind Beijing’s nuclear power push. The title is misleading; it is not about China’s world-leading, multibillion-dollar program. That program includes 29 large commercial nuclear plants currently under construction. Instead, the article focuses on a $350 […]

By Timothy Maloney, PhD Editor’s note: Timothy Maloney has written a number of text books about electrical circuits, electricity, and industrial electronics. The below is a copy of a letter that he wrote to Ralph Nader in response to an opinion piece published by CounterPunch under the headline Why Atomic Energy Stinks Worse Than You […]

Though I believe that Katie has received some inaccurate technical information about solid fueled reactors, I cannot argue with the effectiveness of her presentation skills. Please enjoy the below series of videos about the Liquid Fluoride Thorium Reactor (LFTR). It is one of many alternative ways to use the incredible energy density available in the […]

Bob Hargraves, the author of Thorium: Energy Cheaper than Coal, recently traveled to Shanghai to present a 30 minute talk summarizing the main points of discussion that he covered in his book. The occasion of the trip was Thorium Energy Conference 2012. Bob is a professor with a good facility for numbers and a talent […]

Richard Martin’s new book titled Superfuel: Thorium, The Green Energy Source for the Future is a book that should come with a warning label. Though the author professes to be worried about climate change and fossil fuel depletion and wants to be seen as favoring new nuclear power development, that support comes with a very […]

Kirk Sorensen is the founder of Flibe Energy. He has been prospecting in libraries for years to learn more about a path not taken (yet). He is convinced that the way forward for energy in the United States and around the world is the molten salt thorium reactor that can produce an almost unlimited amount […]

Kirk Sorensen is an inspiring speaker and teacher who is motivated by an incredible vision. As he eloquently describes in the video below, he has excavated and dusted off ideas and documentation from the archives at Oak Ridge National Laboratory about using thorium in molten salt reactors. According to back of the envelope calculations by […]

Gordon McDowell, the film maker who produced Thorium Remix, has released some additional mixes of material gathered for that production effort. One in particular is aimed at those people whose main concern about using nuclear energy is the often repeated question “What do you do with the waste.” Many people who ask that question think […]

On October 10, 2011, Thorium Remix became publicly available. The video is worth watching – there is a lot more information than can actually be squeezed into five minutes, so the headline of this post is actually a bit of a tease.