On Monday, Feb 24, the Nuclear Energy Institute (NEI) unveiled its Future of Energy advertising campaign with a press conference at the National Press Club.

The campaign will stress four major aspects of nuclear energy that are not as well understood as they should be.

It will talk about the importance of nuclear energy in a diverse portfolio of electricity generation sources, the value of the high quality jobs associated with the industry, the environmental benefits it provides as a clean air source of power generation and the exciting technologies being developed that will enhance nuclear energy’s value in the future.

Leslie Dewan recently earned her PhD in Nuclear Engineering from MIT. While there, she partnered with a fellow student to develop a conceptual design for a reactor that will run on the material that is discharged as “waste” from the current generation of power plants. Instead of seeing that valuable material placed into deep underground repositories, Leslie and her team at Transatomic Power would prefer to use the material to create vast quantities of emission free electricity that could help, as she mentioned at the press conference, save the polar bears. Here is what Leslie said about her excitement and future optimism.

END_OF_DOCUMENT_TOKEN_TO_BE_REPLACED

My creative juices were inspired this morning by an article titled Climate is not a mass movement. The piece comes from Randy Olson, the filmmaker turned scientist who is most famous among my pro-nuclear communication friends as the author of Don’t Be Such a Scientist.

Aside: I wonder how many of the people in my pronuclear social media circles who have strongly advocated for Olson’s work as a science communicator know that he fondly remembers his participation in the “No Nukes” movement and thinks of it as a model for societal change? End Aside.

.@thebenshi on why enviro movement got richer, smarter… but rallies are smaller today than in the green old days: thebenshi.com/2013/02/25/265…

After reading Olson’s thought piece, I fired back the following tweets in rapid succession:

Olson is a good communicator and hit on some important concepts in his post, but his science interest is biology, not energy production. There is no doubt that the No Nukes movement contributed to a successful (so far) effort to push the world away from the use of nuclear energy, but there is also no doubt that the success of that movement – along with a whole series of poor decisions made by the people who were building nuclear power plants at the time – have put the world into a dangerous position.

The very danger that Olson wrote about – a changing climate that is being made ever more unstable by the forcing functions associated with an increasing atmospheric concentration of CO2 – could have been avoided by focusing first on science and technology and then on creating slogans aimed at encouraging positive action.

Mankind has access to a tremendous gift (from God or nature, whichever you prefer) in the form of a densely concentrated source of heat that can be turned into all of the power that we will ever need. We discovered that heat source at a fortuitous point in our development. Just as our industrial development was finding more and more ways to use energy to improve human health and prosperity, we found an fuel that contained two million times as much energy per unit mass as the hydrocarbons that had been powering that development.

END_OF_DOCUMENT_TOKEN_TO_BE_REPLACED

Kevan Crawford has published well-written op-ed titled Nuclear power answer to clean energy. He described some nuclear energy’s impressive benefits and compared them to the available alternative power sources, which were exposed as being vastly inferior based on an objective evaluation of their characteristics and limitations. Here is the disclaimer associated with Kevan’s opinion piece. […]

Barry Brook is an Australian climate scientist who operates the well-respected forum on energy and environment called Brave New Climate. He recently published a video that takes just 2.5 minutes to summarize his view of the energy choices that face humanity. My bet is that you will want to share it with your friends and […] 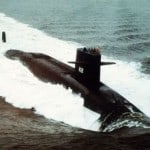 During a recent discussion on a email list frequented by pro-nuclear activists, we were discussing possible advertising messages that we would like to see from nuclear companies or nuclear industry groups. There is no way that any other fuel or power source can compete with uranium or thorium fission on anything close to a level […]