In December 2009, the editor of the Annals of the New York Academy of Sciences decided to provide printing services for a small group of people who had a history of pursuing an agenda against the use of nuclear energy. They had translated a book titled Chernobyl: Consequences of the Catastrophe for People and the Environment that had initially been sponsored by Greenpeace and written by a co-founder of Greenpeace Russia, Alexey V. Yablokov.

Using scientifically unsupportable techniques, Yablokov claimed that hundreds of millions of people had been exposed to radiation from the Chernobyl accident and close to a million had already died as a result of that exposure. Several months after the book was published, Ted Rockwell, a long time member of the NYAS began a letter writing effort to convince his organization that the work violated many of the principles on which the organization was founded. You can find a number of articles on Ted’s saga here on Atomic Insights.

A couple of days ago, Ted sent out an update that he wants shared widely. Ted is a tenacious man who is a staunch defender of the scientific method and the integrity of scientific organizations against efforts to co-opt their credibility with the public. He wants everyone to understand the reasons he is so offended by the continued availability of the unscientific work on the web site of the organization of which he is a proud member. I’ll let Ted do the rest of the talking:

Within a few months after the first printing of the book, Ted Rockwell, a long time member of the Academy, started working to convince NYAS leaders that the decision to print was a grave error that was bad for science and posed a significant risk to the reputation of the Academy as a source of sound, peer-reviewed information. As part of his effort, he encouraged the current editor of Annals of the New York Academy of Sciences to appoint reviewers and to post the results of those reviews.

Ted made the suggestion sometime in the late spring of 2010. On September 1, 2011, the editor of Annals of NYAS posted a review, but did so in an interesting way. Here is a screenshot of the page that shows the existence of a link to a review.

Clicking on the link downloads a PDF file. Though the document is available to the public, it is hidden from one of the most powerful tools known to mankind – a web crawler that would index the document and make it instantly available to anyone using a search tool like Google. Though there are perfectly innocent explanations of why the review was posted in this format, I am a suspicious sort of person who looks at the glowing descriptions of the document that are posted in a more accessible HTML format just above and below the link.

The editor of Annals of the NYAS has also indicated in correspondence with some of my friends that since the publication has stopped printing the book that it has no responsibility for its existence as a full text download at numerous sites around the web that are heavily promoted by antinuclear media darlings like Helen Caldicott, Bonnie Raitt and Harvey Wasserman.

END_OF_DOCUMENT_TOKEN_TO_BE_REPLACED

Ever since November 2009, when the New York Academy of Sciences published a Greenpeace-authored, anti-science book titled Chernobyl: Consequences of the Catastrophe for People and the Environment, several friends of mine have been digging to try to find out why that decision was made and who made it. Ted Rockwell, a long-time member of the […] 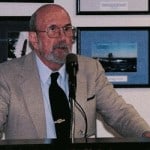 On the 25th anniversary of the explosion that destroyed unit 4 of the Chernobyl nuclear power station, Ralph Nader published a commentary in which he strongly supported the book titled Chernobyl: Consequences of the Catastrophe for People and the Environment. As part of his opinion piece, he made the following statement: “Dr. Yablokov, you are […]

Immediately after the November elections in the United States, Dr. Helen Caldicott, a well-known antinuclear activist from Australia, offered commentary for publication by the Huffington Post titled simply The Election. A part of her message was another round of fire in of what I believe will be a lengthy campaign leading to a loud crescendo […]