On numerous occasions, I have heard speeches or read commentary by leaders in the US electric utility industry that have made the case that utilities need to partner or merge in order to have the financial heft to develop a new nuclear plant. The line of logic is something like this – official estimated cost (in then year dollars) for a complete, two unit project have ranged as high as $24 billion dollars (FP&L’s Turkey Point expansion). Even the largest utility in the US has a market capitalization of about $50 billion dollars. Since no new nuclear plants have been built in the US in 35 years and since the existing licensing process is still being tested, even that very large estimated price tag includes a lot of uncertainty and the project schedule is nearly anyone’s guess at this point.

Under those assumptions, it should be pretty clear to any financially savvy person that a decision to build a new nuclear project is a “bet the company” decision. No CEO or management team likes the idea of making a presentation to their board for a project that includes great uncertainty with regard to cost, schedule and performance that also includes a price tag big enough to bankrupt the company. (Of course, there were utility company CEO’s that engaged in “bet the company” trading related behavior in markets that they did not understand, but those decisions apparently did not need board approval. That is another story for another time.)

The solution to the dilemma most often pursued by utility executives is to wait and see. Few of them have expressed any appetite for being a leader in the field; most have clearly stated their desire to built the second or third projects once all of the bugs have been worked out by others.

For those utilities that recognize that there is a real need for new baseload power plants and an opportunity to become a market leader, the proposed solution has been a bit different. They apparently believe that building a bigger company through mergers and/or acquisitions will give them the financial strength to obtain the financing required for a major new development project.

Other observers, like Marcel Williams at New Papyrus have proposed the revival of an old idea – perhaps the government should become more directly involved in electrical power production and supply. For anyone who has studied or lived the history of electricity in America, this call for public power brings brings back some very familiar discussions. Public power remains an important part of our electricity infrastructure; and there are reasonable arguments for treating electricity production and distribution more like roads and bridges than like a commercial enterprise.

Of course, many investor owned utilities scoff at that idea – they may grudgingly acknowledge the need for government ownership of transmission and/or distribution, but they remain convinced that “the market” can do a better job of selecting technology for actual generation. They seem very content to ask taxpayers to provide them with incentives (aka handouts) and low interest financing, but get really nervous about having taxpayers own and operate revenue generating facilities like power plants.

My view of the challenge of being big enough to build a new nuclear plant is to turn the question on its side and ask why not take a hard look at simply building smaller plants that entail less cost, schedule and performance risk? I know that utility engineers have been told since their earliest engineering economics courses (I have taken a few of the courses) that there is an “economy of scale” that drives them to bigger and bigger plants.

However, it does not take a very observant person to recognize that there are also economies of scale associated with building numerous copies of the same object and selling them to ever broader markets. Even without “mass production”, series production offers cost reduction associated opportunities for learning a process, refining the techniques, spreading overhead and design costs, taking advantage of existing production lines, and serving markets that simply cannot accept larger products.

Many of the projects in front of the NRC are two unit to allow them to take at least some advantage of the series production characteristics above, so I know that those concepts are not completely foreign to utility decision makers. The typical two unit plant being proposed by the major vendors to their utility customers in the US ranges in size from about 2400 MWe to 3400 MWe. At that size, each project represents a major increase in local generating capacity, so not only does the utility have cost, schedule and performance risk, but they also undertake a serious risk of hurting their own profitability because they may end up selling power at a lower price than expected to ensure a balance between the new supply and the old demand.

However, you cannot travel very far down a learning curve with just a couple of plants. Many of the real economies associated with series production start at unit volumes of 5, 10 or 100.

Toshiba’s 4S (10 MWe), Hyperion’s 27 MWe Power Modules and NuScale’s 45 MWe module – with others to follow – offer an intriguing course change. Reliable baseload power systems that are in the range of 10-50 MWe should be food for thought for executives that are interested in the low fuel cost and zero emission characteristics of fission but reluctant to bet their company on a single project.

Though the small plant vendors are aiming for niche markets where the customers simply CANNOT build large plants, decision makers at established US utilities should take a hard look at what their costs might be if they decided to build dozens of smaller plants instead of stretching to build a very small number of larger plants. They should think about the implications for training, spare parts bins, repair procedures, licensing activities, and other repetitive tasks. They should also think about those places in their grids where 25-100 MW of new baseload would be useful to ease bottlenecks but where 1000 or 3000 MWe would destroy margins due to over capacity.

I have it on good authority that the attention being paid to Hyperion Power Modules over the past couple of days is making the large plant vendors very nervous. After all, if Hyperion comes even close to its goal of $30 million for a 70 MW (thermal) heat source, where is the “economy of scale” for a 2200 MWe plant that might cost $24 Billion including the transmission infrastructure improvements that would be required to move that power out of Homestead and to more lucrative markets?

The nuclear industry needs some nervous leaders who recognize the possibility that they need to change directions. With smaller plants, perhaps they can even demonstrate some risk taking leadership without needing taxpayer support, complex partnerships or a merger that adds increased complexity to already large corporate entities. 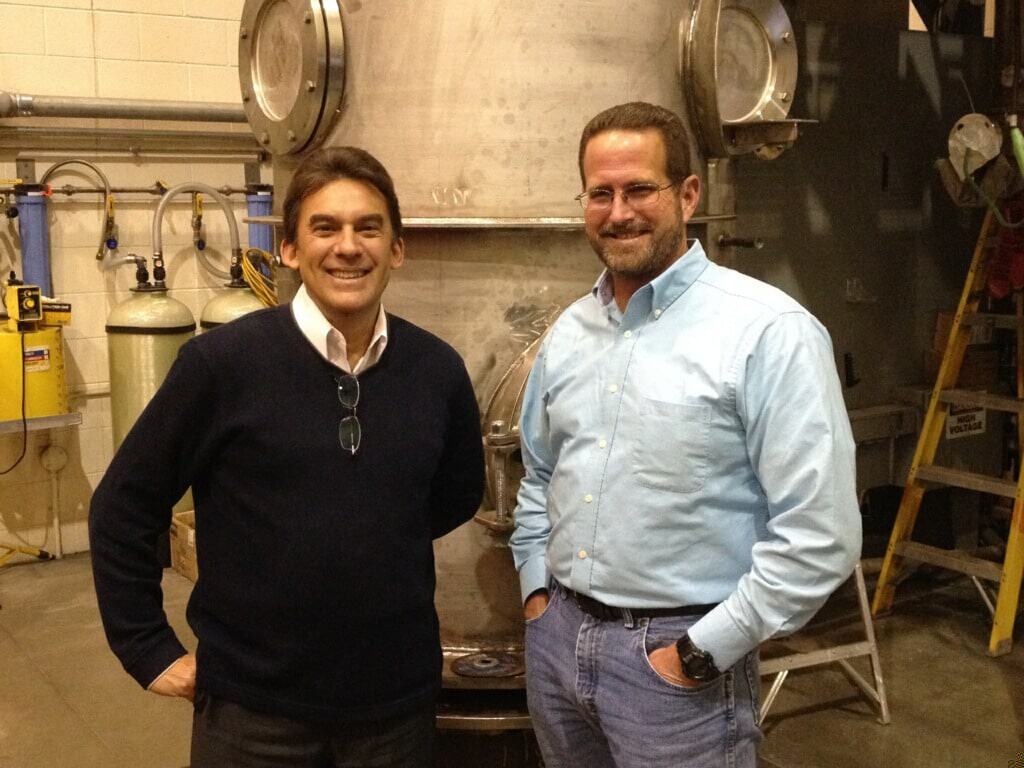 Disclosure: I have a small contract to provide NuScale with advice and energy market information. That work represents less than 5% of my income for 2014. On October 20, 2014, I had the opportunity to visit NuScale’s facilities in Corvallis, OR. Though the company now has offices in three cities, Corvallis, the home of Oregon… 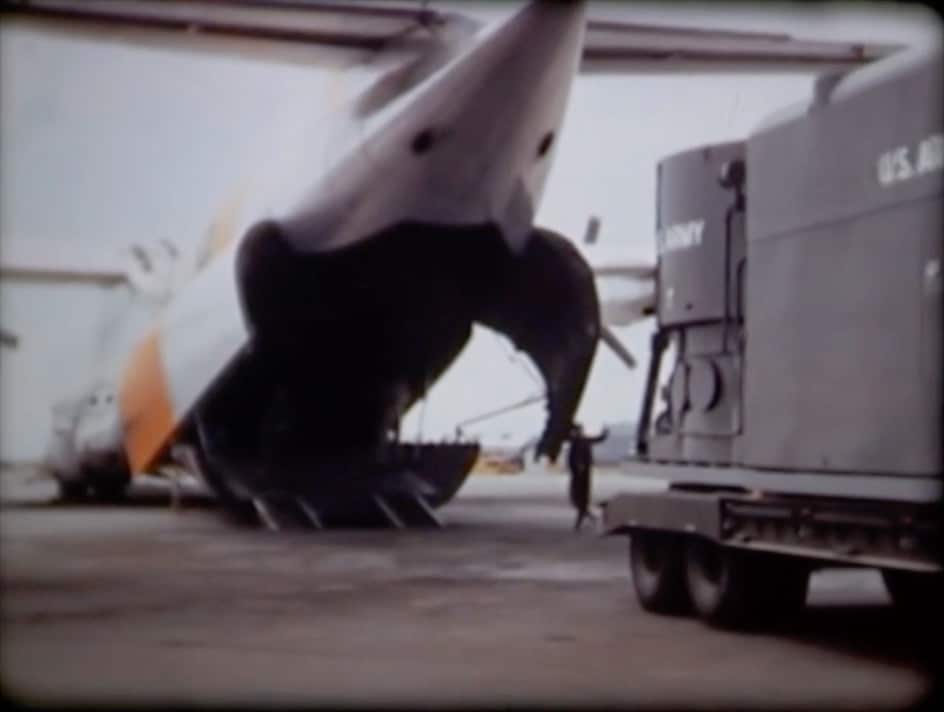 I spent about 15 years trying (unsuccessfully) to get a small modular reactor company off the ground. Our concept was based on an adaptation of the successful German pebble bed demonstration reactor called the AVR. In 2003, Tsinghua University in China completed the construction of the HTR-10, which was essentially a direct copy of the…

On Tuesday, October 27, three leaders from X-Energy spoke to the Virginia ANS chapter about their company and the Xe-100, the high temperature, pebble bed gas reactor power system that they are designing. During the presentation, meeting attendees learned that X-Energy is an early phase start-up with a total staff of a few dozen people,…

Nuclear fission is still in its adolescence, especially when compared to combustion, its major competitor. There is room for process innovations that will improve efficiency, increase flexibility and reduce machinery complexity. Changes in each of these areas offers the opportunity for major cost reductions. The next time you travel on a large jet, look out…