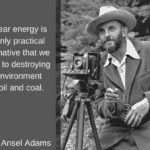 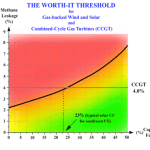 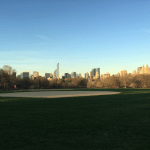 On April 4 and 5, I had the pleasure of attending the 9th annual The Future of Energy Summit organized by Bloomberg New Energy Finance (BNEF) and held at the Grand Hyatt next door to New York’s Grand Central Station. The organizing theme of this year’s event, The Age of Plenty, the Age of Competition […] 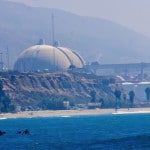 The March/April 2016 issue of Mother Jones includes a thoughtful piece by Gabriel Kahn titled Dreamers of the Golden Dream: Does California have a blueprint to fix global warming?. Regular Atomic Insights readers will not be surprised to find that I’ve already decided that California’s chosen path for reducing CO2 emissions and dependence on fossil […]

For the Democratic Party debate held last night, the scientists at MinuteEarth were asked to provide a video giving some context for their question to the candidates about climate change. Here is their video, their question and responses from Senator Bernie Sanders and Governor Mark O’Malley. Secretary Clinton wasn’t given a chance to answer; it […]

Atomic Insights is proud to be hosting the 295th weekly addition of the Carnival of Nuclear Blogs. Here are some of the highlight posts produced during the first full week of 2016. From Yes Vermont Yankee: Vermont Yankee was replaced by natural gas: Doing the numbers By: Meredith Angwin and The replacement for Vermont Yankee […] 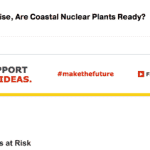 Christina Nunez wrote a piece for National Geographic titled As Sea Levels Rise, Are Coastal Nuclear Plants Ready?. It is a journalistically balanced piece that poses a worrying question about nuclear plant vulnerability. It begins by describing reasons to support nuclear energy along with reasons why some oppose and fear it. It includes critical commentary […]

By Rauli Partanen and Janne M. Korhonen Earlier this year, we wrote a piece called “A most unwise campaign.” Writing as independent researchers, members of the Finnish Ecomodernist Society, and in association with non-profit organization Energy4Humanity, we criticized some of the claims prominently made in support of one of the staples of established anti-nuclear activism: […]

On December 4, 2015, during COP21, Energy for Humanity hosted a press conference at which four leading climate scientists provided statements explaining why they believe that nuclear energy must be included in the effort to reduce CO2 emissions from the the power sources currently used to enable our modern, increasingly prosperous society. The effort is […]

During COP16, Dr. Mark Z. Jacobson described attributes of his team’s most recently produced paper. The abstract leads with the following claim about the paper’s content. This study addresses the greatest concern facing the large-scale integration of wind, water, and solar (WWS) into a power grid: the high cost of avoiding load loss caused by […]