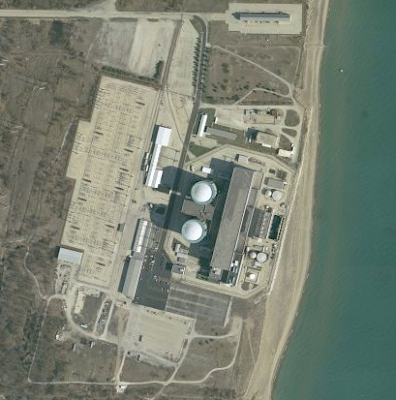 Back in June 2008, I wrote about an effort to save the two reactor Zion Nuclear Power Station from decommissioning. For those who do not remember, or who cannot be bothered to follow a provided link, here is a brief synopsis of that blog post. In January 1998, Commonwealth Edison, now part of Exelon, reported to the NRC that it had decided to permanently cease operations at the Zion Nuclear Power Station for economic reasons.

At the time of its closure, Zion was facing a repair involving the replacement of all steam generators at both plants, a project that was estimated to cost about $500 million. The general economic and energy situation in 1998 was considerably different than it is today. In 1998, natural gas cost about $3.00 per million BTU at the city gate and the expectation was that it would increase with inflation at a modest 2-3% per year. According to Bloomberg.com natural gas closed yesterday at about $8 per million BTU in New York, which normally trades at about the same price as the upper midwest. That is two times what it was expected to cost based on 1998 predictions of 3% annual increases.

In January of 1998 no nuclear plant had yet been granted an extension of its original 40 year operating license and there was little confidence within the nuclear industry that the process would go smoothly. Some doubted it would be possible at all, given the prevailing political winds regarding nuclear power. Finally, Zion had a reputation within the nuclear industry as having contentious labor relations, but that was not really all that unusual within the Commonwealth Edison system. Back then, ComEd plants did not have a very good operating record, but that has changed considerably under the Exelon umbrella.

The little town of Zion was quite disappointed when the nuclear power station closed. That decision cost the local area more than $17 million per year in property tax revenue and took away about 800 or more steady middle class jobs. Many in the town felt betrayed and abandoned by the company – some of them had gladly sold out their lakefront property to make way for the plant construction in the name of progress for their home town.

Now that times have changed, it seems worth the effort to inquire whether or not it would make good sense for Exelon and America to restore the 2200 or so MW of clean electric power generation. Chicago’s Daily Herald published a recent op-ed by Nancy Thorner suggesting just such an inquiry. The piece, published on December 5, 2008 concludes with the following commentary:

The Zion units served Chicago and the northern quarter Illinois where energy needs must keep pace with ever-growing demands. It is time for citizens in northern Illinois to become involved by calling their state representatives and senators to demand answers. The General Assembly should invite David Hollein to present his findings. Public hearings are also called for. Refusing to build or use existing nuclear plants here in Illinois and across this nation could result in a substantial loss of this country’s standard of living.
(Note: David Hollein served as Westinghouse Project Engineer for all the Commonwealth Nuclear Plants built by Westinghouse and General Electric during the time that Zion was operating.)

Exelon apparently has no interest in evaluating the future operation of Zion. It is pressing hard to transfer the plant’s existing license and decommissioning funds to EnergySolutions so that company can dismantle the plant, restore the site and then return control back to Exelon.

The eagerness to destroy the plant has several possible explanations.

According to a Chicago Public Radio report on the plant and the local community, Exelon’s response, when asked about a possible restart, is “that is not an option.” Unfortunately, the reporter did not follow that statement with the rather obvious question – “Why not?”. I think the reporter may have been out of time, the question came up at the very end of a 5 minute story.

It is a question that I would love to have answered. Is there anyone from Exelon reading Atomic Insights?