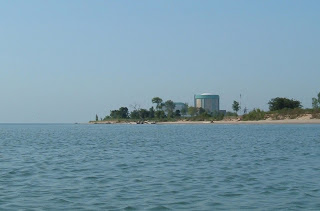 What do you think? Would serious, qualified buyers be interested in new nuclear energy capacity if they could be reasonably certain of being able to close a deal at a cost of $1,500 per kilowatt of capacity and a reasonably firm schedule leading to a licensed and completed plant in five years? Would it sweeten the pot to know that their purchase includes a great site with access to water, transmission lines, and a hospitable local work force?

There is one such opportunity available today. Based on a number of private conversations and email exchanges, I am reasonably certain that Exelon and EnergySolutions could be convinced to part with the Zion Nuclear Power Station for about $1 billion in hard cash. The new owner would become the caretaker of the existing decommissioning fund and a completed, not currently licensed nuclear power plant with relatively few cumulative running hours on a site that is robustly connected to at least two major transmission grids about 50 miles from one of America’s largest cities.

This offer is not one for a faint hearted or technically unqualified buyer. Think of it as somewhat akin to finding a low mileage, 1966 Corvette stored under a tarp in the back of someone’s garage and advertised for sale as an “old Chevy”.

After closing the deal with the current plant owners, the hard work of refurbishing the plant and restoring the quality assurance program and licensing design basis would begin. TVA’s experience with Browns Ferry and its current process in recovering Bellefonte should provide a partially beaten path to follow. Based on the fact that the plant is a reasonably standard design with several similar units still in operation and being supported, that process will involve some challenges that should be able to be overcome.

Admittedly, Zion has not been fully maintained and will need a significant amount of tender loving care. There are eight steam generators that probably need to be replaced, and and some additional major equipment that was cannibalized during the time that the plant was in a SAFESTOR condition. The displays and controls might be a bit of a challenge, but vendors are still supporting similar vintage systems. Spare parts might not be cheap, but they will be reliable and available.

My best guess for the cost of the relicensing and refurbishment is that it can be completed in about 5 years for a cost of about $2 billion. Those numbers come from knowledge of the Browns Ferry restoration project, conversations with knowledgable people, and a reasonable understanding of the time delays associated with NRC interactions.

However, like the Vette in the video above, the end result of the effort might be a asset far more valuable than what the current owner, the one who put it under a tarp about 13 years ago, can envision.

Here is a personal testimony from someone who once knew Zion pretty well.

Yes, I am a former SRO and control room supervisor from there. In fact, I helped build the place in 1973 & 1974 and then went on to operate it through the early 1980s. It was a great reactor and we had a great staff. The facility was well maintained and it was often a showcase for Westinghouse. It was also a cash cow for Commonwealth Edison. I seem to recall that the plant was built on time, under budget, for about $300 million. It was well made and dirt cheap. We pioneered the US nuclear quality assurance and nuclear plant reliability data programs. Zion is all sunken capital (or recovered capital) by now. The marginal cost of operation was low. So I cannot even remotely imagine why Exelon would retire it. This plant also was built right in the heart of the Chicago-Milwaukee customer base and load demand. It already has transmission feeds. The site had a safe, proven operating history with no major contamination issues or accidents. It had minimal environmental impact. The fishermen loved us. The local people loved the plant. It provided about 1000 direct jobs and far more local jobs and tax support to the community. It bought in highly educated permanent labor not migrant day laborers. The reactors were on a deep cold lake as well (a great lake, so to speak) meaning that there was little or no possibility that the EPA would come in and require cooling towers in the future. You could not ask for a better setup with 2200 Mwe of capacity feeding into an established electricity market. We were even capable of feeding electricity to a nearby pumped hydro storage facility in case we wanted to produce cheap baseload power and sell it back to the grid at prime peak pricing. We used low cost nuclear fuel that had unmatched supply security, and we had a corporate nuclear infrastructure that was unrivaled in the country. Eventually, like almost all PWRs, the Zion reactors required new steam generators. Yep, it seemed like a big expense to people like you and I at the time. But in the corporate world, the $200 million or so retrofit cost per reactor was peanuts. What utility today can buy 2200 Mwe of nuclear or coal baseload capacity at this locatoin for this tiny sum? No one can. We are looking at $14 to 17 billion dollar investments now for the same electricity generating capacity – at sites that are not as prime as this and with sites and reactor designs that are not as proven as this one.

So, no, I don’t have all the facts or all of the cost figures needed to re-license Zion at this point, but from what I do know, the Zion decommissioning decision doesn’t make any sense to me.

Hat tip to Nancy Thorner and David Hollein, who both remain dedicated to the mission of asking someone to please operate the currently idle nuclear power plant that has been in their figurative backyard for so many years.

I also want to thank the Exelon spokesman who explained to me that the reason that her company did not sell Zion was that no company other than EnergySolutions ever expressed any interest in purchasing the plant. As near as I can tell, the company acted a bit like the lady who kept the old Chevy under a tarp for so many years. It is hard to sell even valuable items if your advertisement is either non existent or buried in the classifieds with a description akin to “old Chevy.”