Scott Tinker, Director, Bureau of Economic Geology and creator of Switch was the final speaker during the plenary session on June 8, 2015 at the American Nuclear Society (ANS) annual meeting.

As usual, his talk was face paced, well delivered and full of important information about energy. His segment about the challenges and opportunities associated with producing oil and gas from tight reservoirs like shale rock should be particularly new and useful to listeners from the American Nuclear Society and the Atomic Show podcast.

This is one of my favorite quotes from the talk.

You’ll hear people say, “If we just had the political will, we’d be fully renewable.” Smart people have said this. Well, there’s thermodynamics, kinetics, economics… And there’s materials, scale… There’s a lot of things besides political will that drive our resource behavior and always will.

They are the measures that determine which sources merit significant investment and development.

Tinker’s evaluation puts two sources at the top of the heap — natural gas and nuclear. In that way, he has a lot in common with Robert Bryce, who has written favorably about N2N – natural gas to nuclear.

The UAE has made amazing progress in moving from a country almost totally dependent on burning natural gas (some of which is imported) to provide domestic electricity to one where a rapidly growing portion of its electricity from 2017 onward will be produced in zero fossil fuel, no CO2 emission nuclear fission reactors.

In 2009, soon after the global financial crisis, the UAE continued with already laid plans to build four large nuclear units and chose a package offered by KEPCO that included four APR-1400 reactors to be built in rapid succession, with the first one entering commercial operation by 2017 and the final one starting up by 2020.

It was thus entirely appropriate, and perfect for the audience at the ANS 2015 annual meeting plenary session to include a speaker who could share some lessons learned from the UAE success in turning nuclear energy from an option to a soon-to-be-achieved reality.

David Scott — a man that former NRC Chairman Dale Klein described as “scary smart” and who self-effacingly calls himself “just an economist” — was one of the primary architects of the UAE nuclear program. Two of the successful features of the program are its provisions to recruit and train Emirates citizens and to recruit the skilled expatriates required to help the inexperienced country move expeditiously from a zero nuclear energy nation to become one whose annual production will place it near the middle of the pack in the list of countries operating nuclear power plants.

Successful nuclear programs are based on long term, sustainable needs and a decision process about the choice to embrace nuclear energy that is rigorous.

I’m going to share a few of the ways that we thought about our decision process in the UAE and the way that they helped us in this process. Tom [Fanning] referenced one of these issues. He explained it better than I could.

The question of context – and it’s important for use to remember that energy in all of its forms has an appropriate and an inappropriate context.

And the art in finding context is looking at all of these characteristics. Not merely geographic and not merely technical but also considering social issues, financial issues the capabilities of industry and taking all of that context and launching a process to establish which form of energy would be most appropriate.

Scott continued with useful information about the way that the decisions were made, the people who were involved in decision making (he provided a useful definition of a decision maker as anyone who could halt the project or cause significant delays), and the way that conflicts were anticipated and resolved. He also showed us some pictures of the site both before construction and highlighting the impressive progress that has been made in the past few years.

You’ll enjoy his talk. It would be even better with the slides, so I’m trying to find a shareable copy.

Tom Fanning is always a good choice to speak to a gathering of nuclear professionals who might need a little bit of confidence building. Here is a quote from the start of his talk during the ANS 2015 opening plenary session. I’m going to give you the punchline and that is that nuclear must be […] 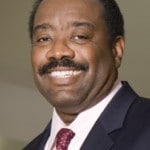 Doyle Beneby, the Chairman and CEO of CPS Energy, welcomed the ANS meeting attendees to San Antonio. He talk was partly the traditional greeting provided by the electric utility that supplies power in the service territory hosting the meeting, but he also spoke about his vision for the future of energy. He was not an […]

Everyone I spoke to about the opening plenary session of the American Nuclear Society annual meeting on June 8, 2015 told me they were impressed. I agree; it was one of the most interesting set of talks that I’ve ever heard in one place at one time. Dr. Dale Klein, who has had a distinguished […]