Dr. Peter Sandman is one of the world’s leading experts on risk communications. He is the author of one of the most referenced texts for practitioners in the field titled Responding to Community Outrage: Strategies for Effective Risk Communications.

After building a profitable consulting business that has provided the resources to send both his children and grandchildren to college, he has reached a stage in life in which his main goal is to share what he has learned with people who can put that knowledge to good use.

As he says in his introduction to Atomic Show #205, the nuclear industry can put his lessons to good use as it seeks to reduce public outrage over incidents and accidents that have caused far less physical harm than the emotional response supports.

Other guests on the show included Margaret Harding, Meredith Angwin, and Suzy Hobbs-Baker. The show format is a little different than most; Peter lectured and then the rest of us asked questions. It is also a bit longer than the average show, but Peter’s full course in outrage management is normally a full day seminar. He condensed his thoughts, but we plan on at least one follow up conversation.

I hope you take the time to listen carefully. My plan is to publish another post later this weekend that attempts to summarize the key points of his talk so we can engage in a meaningful discussion.

If you want to learn more from Peter about risk communications, please visit his web site. You will find the accumulated results of more than 30 years of professional research and practice.

Shane and Rod take a trip into atomic fission history as they discuss the events and people leading up to the initial discovery that uranium nuclei could be broken, releasing vast quantities of energy. In just a few short years, a small number of physicists and chemists, mostly European and working with tiny research budgets,…

Pebble bed reactor history and future At the request of several listeners and blog readers, Shane and I decided to focus this podcast on the graphite and heavy metal “pebbles” that form the basic fuel element for a number of currently proposed reactor types. We talk a bit about the inventor of the pebble bed…

R. Shane Johnson recently briefed representatives of the U.S. nuclear power industry about the the strategies and programs that the Department of Energy (DOE) is developing to implement the Trump Administration’s vision for nuclear energy. Johnson is the Deputy Assistant Secretary in the DOE’s Office of Nuclear Energy. He’s the senior career civil servant in… 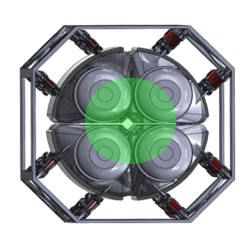 HolosGen has attacked the nuclear power plant cost and schedule challenge from the opposite direction chosen by many nuclear reactor developers. Claiming to be agnostic about the reactor specifics – as long as it produces reliable heat in a small-enough configuration – HolosGen founder Claudio Filippone decided to focus on radical improvements to the “balance…

I came across an article on RosBusinessConsulting titled Russia floods global markets with O&G that supports my theory that at least some of more crafty segments of the world’s oil and gas providers recognize the return on investment (ROI) available to them from steady efforts to stoke irrational fears about the use of nuclear energy….