Update: (Posted 3/19/2013 at 02:53) As part of his testimony against SCE on the matter of steam generators and SCE’s restart plan, Mr. Gundersen posted an updated resume – aka CV – dated December 2012. He continues to prominently list “Licensed Reactor Operator, U. S. Atomic Energy Commission License # OP-3014” at the top of his resume under the heading of Education and Training. As discussed below, the only reactor he was ever licensed to operate was the 100 watt critical assembly at Rensselaer Polytechnic Institute. That “reactor” was a room temperature, pool type assembly that produced no steam and contained no steam generators. End Update.

I have just started listening to the Vermont Public Radio debate between Arnie Gundersen and Meredith Angwin on the subject of whether or not Vermont Yankee should remain running. After listening to the moderator’s introduction of Mr. Gundersen, I had to stop and share some thoughts.

Here is the transcript of that introduction.

Arnie Gundersen, who lives here in Burlington, is Chief Engineer of Fairewinds Associates is a well-known authority on the subject, someone who has figured prominently in recent accounts of Vermont Yankee circumstances.

Mr. Gundersen, who has almost four decades experience in the nuclear power industry, earned his Bachelors and Masters in Nuclear Engineering from RPI. He was a licensed reactor operator and put in twenty years in the industry. He’s led teams of engineers dealing with nuclear reactors at 70 nuclear plants around the nation. He was appointed by now Governor Peter Schumlin to the Vermont Yankee Oversight Panel in 2008 and it’s his expertise that qualifies him as an expert witness on various aspects of Vermont Yankee, including plant safety, its decommissioning fund, and the suitability of the plant being extended past 2012.

There are several exaggerations in that brief statement. Because he has been an expert witness, Mr. Gundersen has been required to provide an accurate resume to public bodies; you can find one such document at the end of the testimony that he provided in March 2006 to oppose the Public Service of Vermont’s decision to allow Entergy to increase the power output from Vermont Yankee.

A careful reading of that resume reveals only one mention of any kind of license to operate a reactor. In the section of his resume headed Rensselaer Polytechnic Institute (RPI) 1971 to 1972, there is the following statement: “Critical Facility Reactor Operator, Instructor. Licensed AEC reactor operator instructing students and utility reactor operators in start-up through full power operation of a reactor.” Here is a quote about that critical facility from a contact who attended RPI at the same time as Gundersen did.

It operated at no pressure, room temperature, licensed to 100W, highly enriched U, open tank of water.

A second exaggeration comes in the statement that Gundersen has “almost four decades experience in the nuclear power industry.” His resume shows that he graduated from school in 1972 and that he stopped working for Nuclear Energy Services in 1990. From that point on, his full time employment was as a math and science teacher at a series of private schools. His resume lists several items under the heading of Nuclear Consulting 1990 – Present, but it would be interesting to hear the opinion of nuclear professionals about how those activities count as experience in the nuclear industry.

An Atomic Insights reader who is personally familiar with the work that Gundersen did at Northeast Utilities during the period from 1972-1976 read the posted resume and shared the following comment with me using the polite and understated language that is common among engineering professionals.

I think he exaggerated his responsibilities for projects at NU, 1972-6.

I spoke to that contact at length a few days ago, he told me that Gundersen was assigned to the licensing group and did not have any real design engineering responsibilities while at NU.

Though I cannot prove it beyond a shadow of a doubt, I am quite certain that Mr. Gundersen or someone in his company provided the information to the moderator – I have both introduced people and been introduced enough times to know how that process works. It would be difficult for him to claim with any kind of credibility that he did not know what the moderator was going to say, so he needs to accept responsibility for the claims made.

My point in providing these details is to illustrate the inconsistency involved in having a man who is prone to inflate and exaggerate the facts about his own career experience repetitively speaking about the job performance and alleged lack of integrity of hundreds of qualified professionals whose production gets measured and evaluated every day by some very demanding inspectors.

Gundersen is a man who uses a pair of 39-year-old university degrees to claim the title of “nuclear engineer” so that he can get paid $300 per hour to seek to destroy valuable assets like Vermont Yankee. That plant produces about 4.8 billion kilowatt-hours of emission free electricity every year. Gundersen’s claim to expertise includes a number of questionable statements about the real world experience he gained after earning those entry level tickets. Gundersen has a legitimate claim to have earned a pair of respectable degrees, but the claim that he developed and maintained any reliable knowledge about topics like plant maintenance, operations, radiation health effects, and economics should be viewed with a bit more skepticism.

Update: (Posted on March 4, 2011 at 0810) The Brattleboro Reformer published an article yesterday accusing me of Shooting the messenger. There is an interesting comment thread associated with the article. My view is that messengers displaying evidence of having arrived after a questionable journey deserve to be scrutinized.

Since posting this, I have noticed a few more inconsistencies in the claims made by Mr. Gundersen about his career path. In 2008, he applied to become a member of the Diablo Canyon Safety Committee. On that application, he made the following statement about his experience:

I went back and checked the resume linked to above. According to that resume, Mr. Gundersen earned his BS in Nuclear Engineering from RPI in 1971, so he was still an undergraduate student in 1970. That leads me to the conclusion that either there was a judge somewhere who has rather low standards for expertise for his witnesses, or that Mr. Gundersen needs someone to give him a calendar for Christmas.

When noticing that, I also reread the first job listed on his resume. Here is how that job was described:

The date listed for that job was before his graduation date. My guess is that it was a summer internship since Newbold Island, NJ is 218 miles from Troy, NY, the home of RPI. That would be a long commute if the job was done during the school year. End Update.

Jim Conca has published a couple of recent posts on Forbes.com about the premature closure of nuclear power plants in the United States. One titled Are California’s Carbon Goals Kaput? focuses on some of the environmental aspects of the San Onofre debacle; the other, titled Closing Vermont Nuclear Bad Business for Everyone focuses on the… 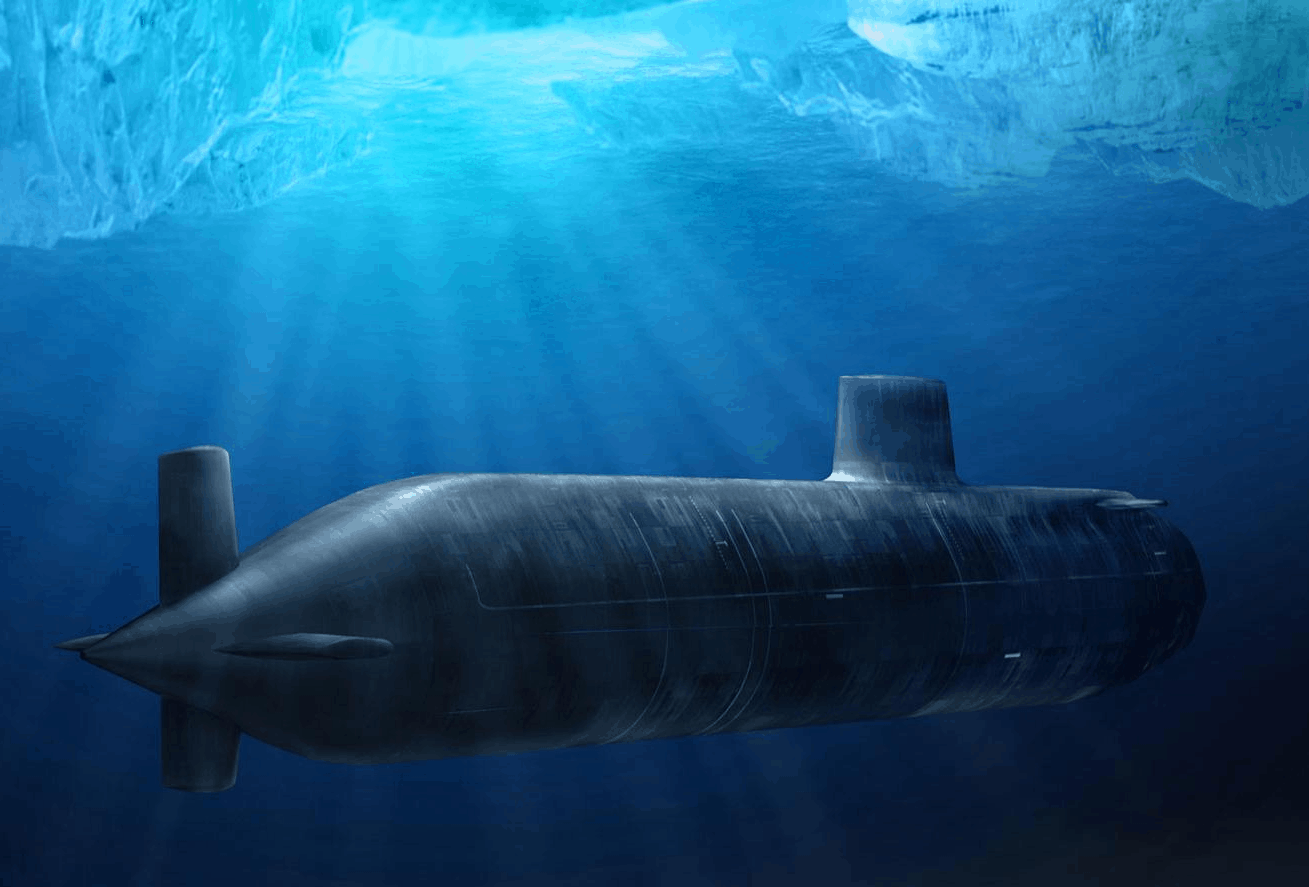 John Wheeler who blogs at This Week in Nuclear started a petition on Change.org titled President Barack Obama: Remove Gregory Jaczko from the Nuclear Regulatory Commission. Here is the description from the “why this is important” tab on the petition page. Gregory Jaczko, the Chairman of the Nuclear Regulatory Commission has lost the confidence of…

In a brief editorial published on October 14, 2013, the New York Times editorial board admitted what many of us had suspected for many years – it is strongly opposed to the use of nuclear energy and believes that its use should be halted. The editorial was titled Fukushima Politics; it is quite possible that…

Correction: (Posted at 6:43 on 6/16/2013) I made a boneheaded error in the below computation and dropped an important prefix in my units. That error resulted in my final number being off by a factor of 1000; I wrote 0.001 mrem when it should have been 0.001 rem. I apologize for the math error. I…

There was a flurry of attention in the press last week when a political science professor held a press conference to tell the world that one of his students had written a paper concluding that all of the nuclear power plants in the United States were vulnerable to a terrorist attack. For unpublished reasons, a…